HUSHPUPPI: ‘When has it become a crime for people to be photographed together?’ PDP replies APC | Ripples Nigeria 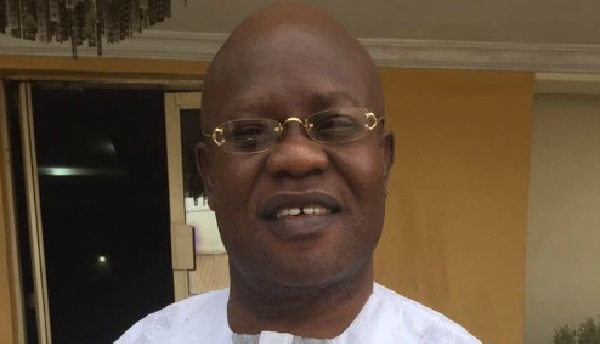 The Peoples Democratic Party (PDP) on Saturday charged the All Progressives Congress (APC) to deal with the challenge of governance rather than dissipating energy associating its chieftains with suspected fraudster, Ramon Abbas Igbalode, a.k.a. Hushpuppi.

The APC had earlier on Saturday asked relevant security agents to probe PDP chieftains including former Vice- President Atiku Abubakar, ex-Senate president, Bukola Saraki and two others over alleged link with the suspected fraudster who is standing trial in the United States over wire fraud in the US and other parts of the world.

However, the PDP in a statement issued by its Deputy National Publicity Secretary, Diran Odeyemi, asked the ruling party to go the whole distance in assisting investigating authorities to establish “the relationship” without further delay.

The party said: “The APC should assist the Economic and Financial Crimes Commission (EFCC) and the Federal Bureau of Investigation (FBI) to establish the relationship they are talking about. When has it become a crime for people to be photographed together? And since it appears they know more than other Nigerians, they should speak up now without delay.

“Is this a plot to divert attention from the mindless killings going on across the country under the watch of President Muhammadu Buhari? What has the ruling party to say about its mismanagement of the economy which has brought about untold hardship in the country? Have they delivered their promise to secure Nigerians and their properties, revamp the economy and fight corruption to a standstill? These are the questions they should provide answers to if they have a reckoning with their conscience.”

On his part, Atiku through his media aide, Paul Ibe, wondered how a photograph taken at a public event with Hushpuppi would suddenly become a source of curiosity for the APC.

In his verified Twitter Handle, @omonlakiki, Mr. Ibe wrote: “It is curious that the APC is mischievously trying to link Atiku Abubakar to the alleged fraudster, Ramon Abbas, A.K.A, Hushpuppi simply because he was photographed with Atiku at an event where many Nigerians has attended.”

Buhari has placed a ‘heavy burden’ on Nigerians —Secondus