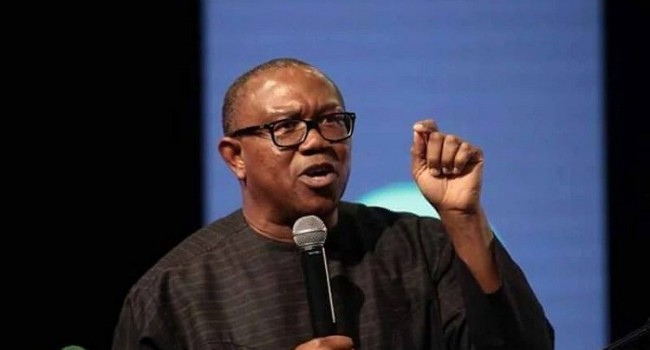 Former Governor of Anambra State, Peter Obi, has said he agrees with the views of the former military president of Nigeria, General Ibrahim Badamosi Babangida (IBB) that Nigerian leaders today are far more corrupt now than they were during the military era.

The former military dictator had in an exclusive interview on AriseTV on Friday, stated that former military leaders in the country were “saints when compared to the level of corruption in Nigeria today.”

IBB had stated that he “sacked a governor for misappropriating about N300,000”, noting that the case is different today as people who have stolen billions of naira walk the streets untouched, as “they are taken to court and they come out.”

However, in his views on the issue, Obi, also in an interview on AriseTV’s Good Morning Show on Monday, said if there was anything that had consistent growth in Nigeria, probably competing with the world level, it waa corruption.

The former governor maintained that the case was very simple, noting that IBB mentioned that he sacked a governor who misappropriated N300,000, which as at that time had an official rate of N17 and the black market rate of $15,000 compared to what is happening today.

“I had a meeting with General Ike Nwachukwu (rtd) and he told me that military governors then didn’t receive up to 10 per cent of what we received as governors.

“So definitely corruption, and of course as you know is the biggest negatively impacting situation in our country today because corruption kills entrepreneurship. When people are working and nobody is being paid it kills hard work. So in a corrupt country, it’s difficult for anything to work,” he said.

When asked about the greatest fear he has about the country, Obi said he has the same fears about leadership and the lack of leaders with integrity, who would focus on the job of ensuring that they do the right thing for Nigerian.