‘I am still curious to know what position Trump promised him,’ Teebillz mocks Fani-Kayode over support for ex-US president | Ripples Nigeria 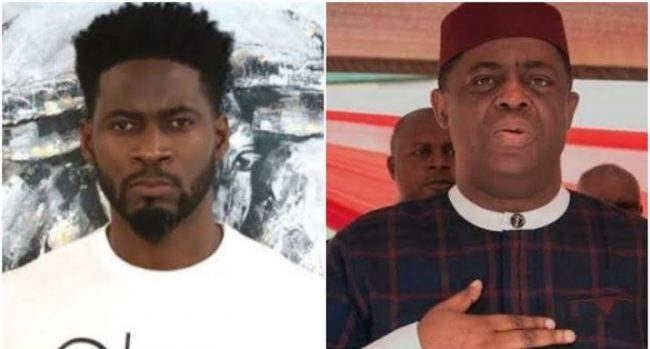 The music executive was reacting to a photo message sent by the ex-minister via his Twitter handle to Trump on Wednesday.

Fani-Kayode wrote: “You stood against evil, fought a good fight, and shone your light upon the world. No-one can take that from you. Proud of you: now and always. Farewell and Godspeed President Donald J. Trump.

Teebillz, who reacted to the message on his social media page, wondered if the Peoples Democratic Party (PDP) chieftain was promised a political appointment by Trump.

“I am still curious to know what position Trump promised this man! Can someone check on pls,” he wrote.