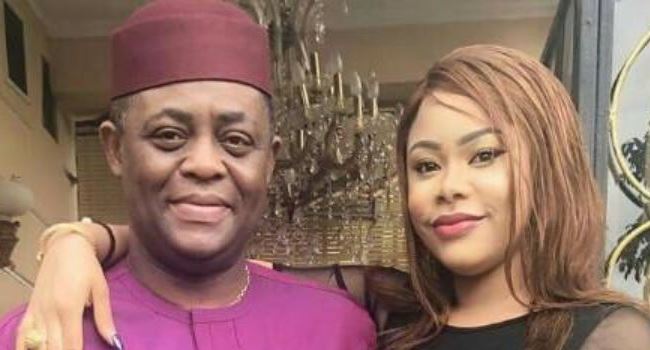 Former Minister of Aviation, Femi Fani-Kayode, on Saturday denied ever physically abusing his estranged wife, Precious, while reacting to a viral video that suggested he abused her.

According to him, the video, which went viral on social media on Saturday, was mere propaganda, adding that he caught her in bed with a married man.

He also insisted that there was no physical abuse, adding that he collected the phone from his wife to stop her from recording him after he caught her in bed with a married man.

He tweeted: “A video posted which supposedly depicts me ABUSING my estranged wife. This is nothing but a propaganda video.

Read also: FANI-KAYODE TO BUHARI: Blaming past govt for Nigeria’s problems an acknowledgement of your own failings

“There was NO physical abuse. I simply took the phone from her to stop her from recording me after catching her in bed with a married man days earlier.

“I repeat there was no physical abuse whatsoever and she had been insulting and subjecting everybody, including family members, staff and children, to physical and verbal abuse the whole day. As usual, it was a nightmare.

“My words in the video are self explanatory. I urge those that watched it to listen to those words carefully. I told her that everyone wanted peace except for her and all she did was indulge in scandal after scandal. I have never physically abused my estranged wife.”

Rumour of the breakdown of Fani-Kayode’s marriage to Precious, his third wife, has been making the rounds, with the former minister defending his actions, especially on allegations of physical abuse.

Saraki counsels Buhari on how to react to #EndSars

Group renews call for scrapping of SARS, as #ENDSARS resurfaces