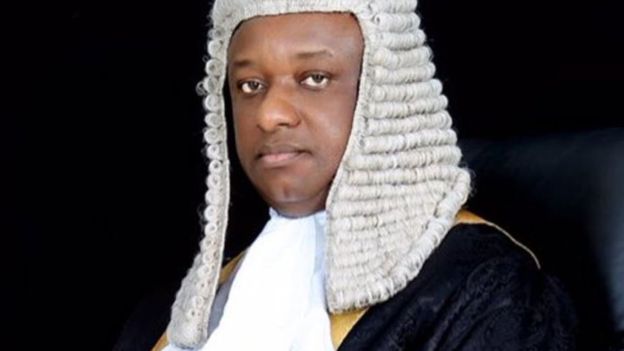 Spokesman of President Muhammadu Buhari campaign organisation in the recently concluded presidential election, Festus Keyamo (SAN), has dismissed claims by Charles Oputa, popularly known as Charly Boy, and Deji Adeyanju, a member of the Peoples Democratic Party (PDP), both also members of the Our Mumu Don Do movement, that he offered Charly Boy money on behalf of the Buhari campaign.

Charly Boy and Adeyanju had fallen out over the alleged bribe received by the former while the latter was in detention.

Confirming the allegation after a leaked audio surfaced suggesting he admitted to taking bribe, Charly Boy said in a video interview that he indeed took money from Keyamo.

Asked about the amount, he said it was in ‘nine-figures’. He however denied that it was bribe, insisting it was payment for his intellectual property– a campaign song he released against the PDP’s Atiku Abubakar.

But Keyamo laughed off Charly Boy’s claim, saying it is nothing but the bandying of “phantom figures”.

He said he did not pay a penny to Charly Boy.

Keyamo said this via a statement on his twitter handle.

He said, “I’ve been having some good laugh. Whoever thinks that I would pay a penny for a song by @Areafada1 that disses both the APC and PDP must have his/her head examined. If the quarreling parties want to hurt their egos by bandying phantom figures, they should leave me out of it.

“As we’ve said before, some of us ran the PMB campaign on zero budget as volunteers whilst the opposition was paying $90,000 monthly to an American lobbyist (N400 million per year). It’s therefore preposterous to suggest that a 9-figure amount or any at all was paid for a song!

“In the world of entertainment, it’s the culture of most (not all) entertainers to raise their stock in the public by bandying phantom figures for their engagements & some others display phantom acquisitions on social media to attract attention and raise their worth for clients.

“I’ve always encouraged @Areafada1 & @adeyanjudeji, who are my long-time friends & clients to continue on the path they chose for themselves. I will hate to see them fall apart. Therefore it behoves us all to work together to put things right. I always enjoy vibrant opposition!”.