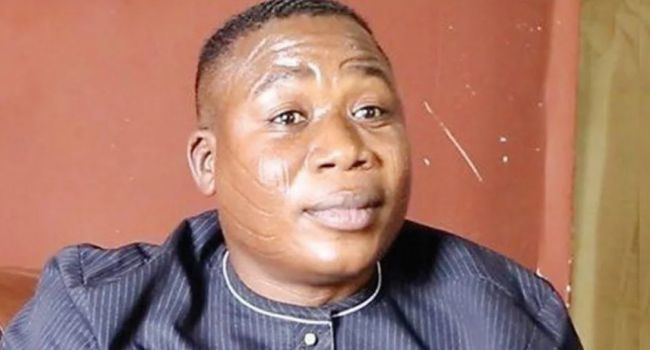 Self-styled Yoruba Nation activist and freedom fighter, Chief Sunday Adeyemi, popularly known as Sunday Igboho, has reacted to insinuations that he has abandoned the agitation for an independent Oduduwa Republic.

There have been widespread stories in the past few weeks insinuating that Igboho who is still in Benin Republic after he was released from prison detention last month had abandoned the Yoruba Nation cause.

But in a video message on Tuesday, the activist said he had not abandoned the cause as there was no going back on the issue of actualizing a Yoruba nation.

Igboho also called on Yoruba monarchs to mobilize and support the agitation for Oduduwa Republic, saying many of them have not been supportive of the cause.

“I, Sunday Adeyemo and all those who are following me on the issue of Yoruba Nation, there is no going back for us,” he said in the video.

“There are talks around that we have stopped clamouring for Yoruba Nation, that is not true, it is an unconfirmed rumour. We want Yoruba Nation, we want to be free from slavery because what God has given us on our land is enough to feed us.

“I want you, the Yoruba monarchs, to call a meeting, come together, you can see how our people are being killed everywhere, this is not good. Please come together and support us, may you live long. Yoruba Nation, no going back,” he said.