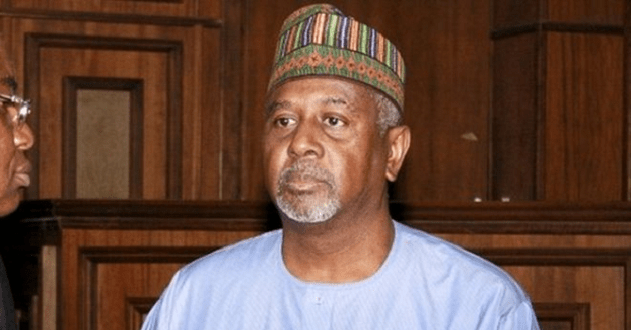 Williams Obiora, the first prosecution witness in the trial of a former National Security Adviser (NSA), Col. Sambo Dasuki (retd), said on Wednesday, he was part of the Department of State Services (DSS) team that conducted a search on the ex-NSA’s residence in Asokoro, Abuja.

Dasuki is arraigned by the secret police on a seven-count charge of Illegal possession of firearms and money laundering.

Obiora, who was shielded from the public glare during cross-examination, told Justice Ahmed Mohammed of the Federal High Court, Abuja, that he was not part of the legal team that prepared the charges against the ex-NSA.

At the resumed hearing on Wednesday, counsel to the Federal Government, Dipo Okpeseyi (SAN), told the court that the matter was slated for continuation of cross- examination.

The witness was cross-examined by Dasuki’s counsel, Ahmed Raji (SAN).

“I have worked for 30 years in DSS. I worked briefly with a private company after my national youth service year in 1986 before joining DSS.”

When the defence counsel asked him if he was still in service, the witness said: “I retired in 2018.”

READ ALSO: New Emir of Kano gets letter of appointment

He told the court that the private company where he worked before joining the DSS did not deal in arms and ammunition.

He also told the court that he had never worked as an officer in other security agencies.