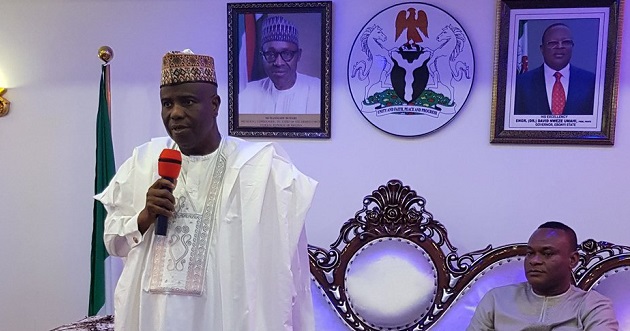 Aminu Tambuwal, Governor of Sokoto State, has revealed the role he played in making former president Goodluck Jonathan acting president in 2010 when his principal, Umar Musa Yar’adua, was incapacitated.

Tambuwal disclosed how he worked with Seriake Dickson, Governor of Bayelsa State, in actualising it.

Speaking on Sunday when he paid Dickson a condolence visit following the death of his mother, Tambuwal said Dickson approached him during the succession crisis when Yar’adua was incapacitated to facilitate the process for Jonathan’s emergence.

Tambuwal said Dickson approached him in his capacity as then leader of the North-West caucus in the House of Representatives to collaborate to make Jonathan acting president in the national interest, which he agreed to.

“God has elevated you to become Attorney General of Bayelsa, then a member of the National Assembly and now Governor of Bayelsa State. And even in the National Assembly, you played several major roles that helped to stabilize this great country,” a statement by Fidelis Soriwei, Dickson’s special adviser on media relations, quoted Tambuwal to have said.

“I remember very well when we had to collaborate with you and work with you to ensure that our dear brother and leader, Dr. Goodluck Ebele Jonathan was made the Acting President of the Federal Republic of Nigeria.

“To those of you who may not be aware, my brother and friend approached me being the leader of the North West to say my brother, we have to do this in the national interest and I agreed with him. And both of us agreed and drafted that resolution that made Goodluck Jonathan the acting President of the Federal Republic of Nigeria.

In his remarks, Dickson thanked Tambuwal for the show of solidarity.

He restated the decision of the Dickson family to establish a cancer awareness centre in honour of the memory of his late mother was to prevent avoidable deaths from the deadly disease.