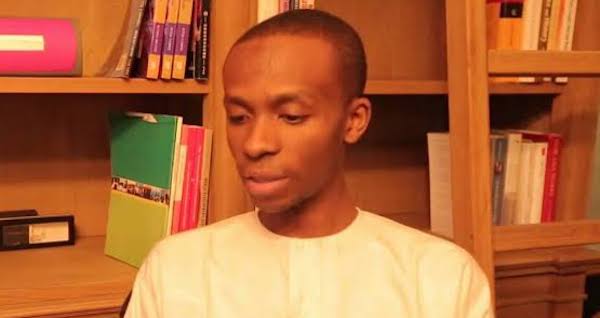 The son of Kaduna State Governor, Bello El-Rufai, said Wednesday he was trained to destroy his opponents.

He stated this on his Twitter handle —@B_ELRUFAI —while responding to those questioning him on the arrest of a former senator representing Kaduna Central senatorial district, Shehu Sani, by the Economic and Financial Crimes Commission (EFCC).

The EFCC arrested Sani on Tuesday for allegedly collecting $10,000 from a businessman under the guise of helping the man to resolve his problem with the anti-graft agency.

The fiery former lawmaker was arrested for alleged extortion and name dropping by the commission.

Bello said:  “There are reports
that former Senator and current contender for best blogger of 2019, ‘Comrade’ Shehu Sani has just been arrested by the EFCC operatives on a fraudulent related case. There’s a limit to how deceit under the veil of populism can take you. A leopard and spots.”

A Twitter user later responded, saying he knew Bello would “love this news more than anyone else” and the governor’s son said: “I was trained to destroy my opponents.”