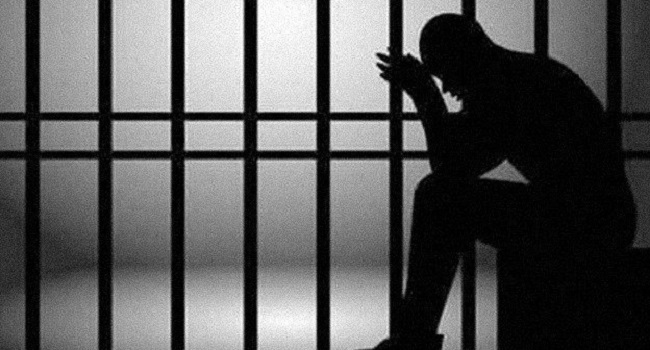 A robbery suspect, Ehuiwe Akire, has narrated how he and his gang carry out their operations while robbing bank customers of their money after leaving banking halls in parts of Lagos.

Akire, who said he operates in Festac, Apapa, Surulere and Mushin, was arrested by men of the Inspector General Police Response Team, and is the leader of a six-man gang that targets bank customers who had gone to withdraw huge amounts and commuters waiting for commercial buses at bus stops.

According to the police, two Barretta pistols were recovered from the 35-year-old, who was arrested along Isheri-Igando Road on January 16, 2020.

In his confessional statement, Akire told the police that he only used guns to threaten his victims and force them to part with their valuables.

He also narrated how he got into robbery and his mode of operation.

He said: “I dropped out of school at primary six. I was into bricklaying but I was not making enough money despite all my efforts. I started sneaking into shops when owners were asleep to steal their handsets, money from drawers and anything valuable.

“I was making big money but I did not save. I used the money to take women to hotels. I am married with a daughter but my wife and I have separated. She left me when she discovered I was a thief. I was later arrested by police at the Adeniji Adele (Lagos Island) for receiving stolen items and charged.”

According to him, while on remans in prison, he met inmates who tutored him on how to make big money from armed robbery, adding that upon his release from prison, he joined a cult group and formed his own robbery gang.

“Joining the cult gave me the courage to carry gun. My cult members ordered me to buy two guns for them which I did. I then bought my own guns which I used for operations.

“My members are Festus, Obilo, Lastborn, Segun, Shedra and we operate in Apapa, Festac, Mushin and Surulere. If we wanted to rob someone coming from bank with money, Festus would pretend as if he wanted to withdraw money.

“He would enter the bank hall and start to monitor the person who came to withdraw huge amount of money. The rest of us would stay outside watching. Once the target had withdrawn the money and heading out, Festus would follow the person closely and would make a signal to us”, Akire said.

He further revealed that immediately the victims moved out of the bank premises, they would accost him and disposes him of his money and escape on motorcycles that are already on standby.

Akire said he usually realised between N20,000 and N250,000 on each operation, adding that he made about N1.2m in one of the operations.

“I bought a parcel of land for N500,000 out of the money. Whenever there was no robbery operation, I engaged in stealing to make small money so I could cope. I have vowed to God that if I regain freedom, I would not go into robbery again,” he added.