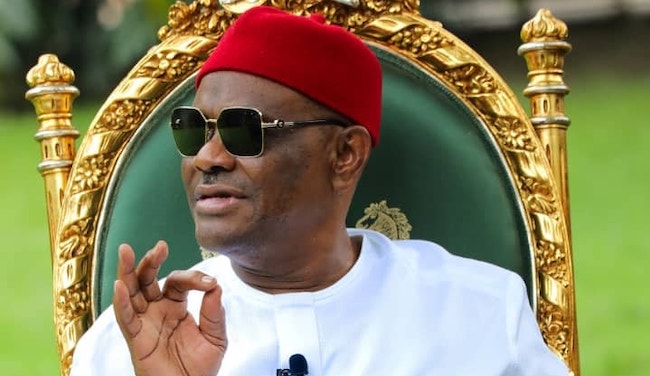 The Rivers State Governor, Nyesom Wike, declared on Monday that nobody can cause disunity among his allies in the Peoples Democratic Party (PDP).

Wike stated this while inaugurating a flyover along the Aba-Enugu expressway in Osisioma Ngwa Local Government Area of Abia.

The governor had in the last few days engaged in a war of words with the PDP National Chairman, Iyorchia Ayu.

Last week, he blasted the former Senate President for describing PDP members demanding his resignation as children who know nothing about the party and why it was formed 24 years ago.

The PDP is currently embroiled in a post-presidential primary crisis with a faction loyal to Wike pushing for Ayu’s removal over the poor handling of the process that produced the Delta State Governor, Ifeanyi Okowa, as the party’s vice-presidential candidate.

At Monday’s event, the governor also declared that he was ready to crush his enemies in the party.

READ ALSO: ‘The so-called children brought you from gutter to be PDP chairman,’ Wike replies Ayu

“Now that I know I have the capacity to flog these small boys, you want me to leave it for God? I won’t do that. I am going to flog them ‘pepperly’. When we start campaigning, we will know who is who.

“Look at what they said. They said your governor (Abia state) is a boy. They said Wike is a boy; Seyi is a boy; Ortom is a boy; Ugwuanyi is a boy. But see what the boys are doing. Tell them that as men, they should show us what they have done, because we say look, agreement is agreement. You told me you will do this, now it’s time for you to do it, you don’t want to do it. Is it good?”

Our position on APC’s Muslim-Muslim ticket unchanged – CAN