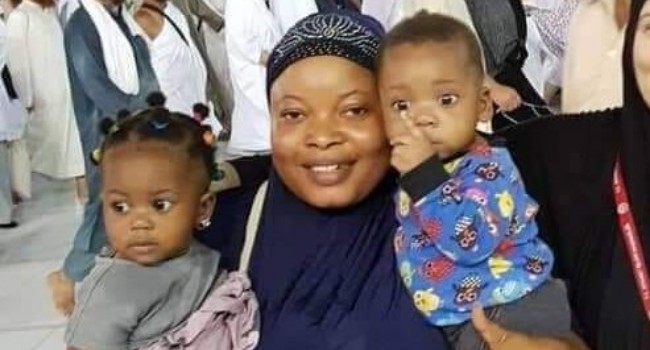 The twin children of an Islamic cleric in Oyo State, Sheikh Taofeeq Akeugbogold has been released on Sunday morning.

The twins, a male and female, according to their father were dumped in a bush after spending eight days in the kidnappers den.

Mr Akeugbagold made this known on his Facebook handle. He, however, did not disclose whether or not he paid a ransom to secure their release.

He wrote, “ALHAMDULILLAH! AT 5.30AM OF SUNDAY 3RD MAY, MY ABDUCTED TWIN KIDS ARE RELEASED TO ME BESIDE A BUSH AFTER 8DAYS IN AN UNKNOWN LAND. THANKS TO U ALL FOR FOR YOUR PRAYERS AND SUPPORT, JAZAKUMULLAHU KHAIRAN. ABERE MI BO SINU OKUN, OLOUN YO PADA FUN MI.”

A week earlier, April 25, the Ibadan based cleric had written on his social media handle how his children were kidnapped at gunpoint at his residence on Saturday night.

Akeugbagold, who was the Chairman of the Oyo State Pilgrims Welfare Board, Muslim wing, during the administration of former Governor Abiola Ajimobi, wrote “What a country! My twins children were kidnapped at gunpoint at my Ojoo residence Ibadan, around 8pm Saturday, 10 minutes after I I left my home recording lecture in a studio,” his post reads.

“Everyone should please for Allah’s sake, assist me in prayer and begging to please be merciful with me especially their mother who was barren for 12 years b4. (I) am begging I am not flexing anything.”

Also a popular Nollywood Yoruba actress, Lizzy Anjorin in a video had pleaded with anyone with vital information about the kidnapped children to make contact with the family of the children.

Their release has gotten thousands of reaction on social media.