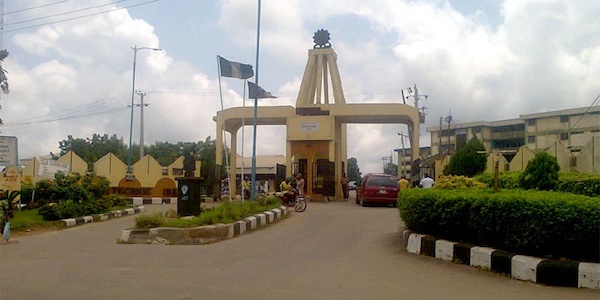 Staff of The Polytechnic, Ibadan, on Wednesday rejected the Oyo State Tertiary Education Salary Scale published by the state government for workers in the state-owned polytechnics and the College of Education.

The workers rejected the salary scale in a communiqué signed by the Chairman of Senior Staff Association of Polytechnics (SSAP), Biodun Abegunde; Chairman of Non-Academic Staff Union (NASU), Ibraheem Akande; and Representative of the teaching staff, T.M Oyebola.

The polytechnic’s governing council, according to the workers, was the only body saddled with the discussion of salary and emoluments matters and not the Ministry of Education or any of its agents.

They described the salary scale as absurd, stressing that collapsing salary scales of polytechnics and colleagues of education without taking their peculiarities into consideration was a grave error on the part of the state government.

The communiqué read: “Oyo State government is acting in the breach of the Edict and Laws that established The Polytechnic, Ibadan by alienating the Governing Council in its rightful duties.

“The so-called Oyo State Tertiary Education Salary scale published by Oyo State government is an absurdity as National Board for Technical Education is the regulatory body for Polytechnic Education in Nigeria. It is odd, absurd, and repulsive that a scale of salary is put up by Oyo State Government for workers in The Polytechnic, Ibadan.

“Collapsing the salary scales of both Polytechnics and College of Education in Oyo State as a single document without recognising the earlier unique nature of these institutions and peculiarities of their salary scales is a grave error on the part of Oyo State Government. It is unprecedented.

“It is observed that a salary table from all institution of comparable status in Nigeria captures basic and rent allowances. These are used in calculating pension and gratuity, thus anything at variance with this is not acceptable to the workers of The Polytechnic, Ibadan.”

‘Tinubu has won several battles for Yorubas. God needs no permission to put him in hall of fame,’ Bakare lauds ex-Lagos gov