ICAN casts doubts on the 2019 budget, says it's too ambitious | Ripples Nigeria 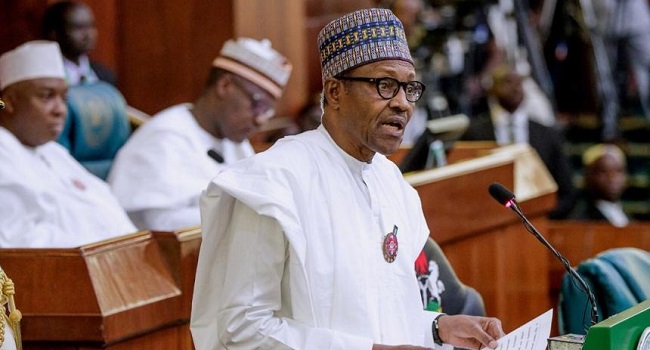 The Institute of Chartered Accountants of Nigeria (ICAN), has doubted that the 2019 budget proposal presented to the National Assembly by President Muhammadu Buhari.

The body feels the appropriation bill may not meet its target.

The Institute, through its President, Alhaji Rasaq Jaiyeola, also described the budget as too ambitious.

Jaiyeola, who spoke on the sidelines of the inauguration of the maiden edition of the official journal of ICAN, Abuja District Society, on Tuesday night in Abuja, also stated that the projections for crude oil price and production as captured in the proposed budget were so ambitious.

It would be recalled that President Muhammadu Buhari on December 19, 2018, unveiled a federal budget of N8.83tn for the 2019 fiscal year.

The 2019 budget proposal was based on an oil production estimate of 2.3 million barrels per day and an exchange rate of N305 to a dollar, while the real Gross Domestic Product growth rate was put at 3.01 per cent and inflation rate at 9.98 per cent.

Commenting on the current state of the Nigerian economy at the ICAN event, Jaiyeola said: “Government has tried to steer the economy aright. We went into a recession and we are now out of it. But the impact of being out of a recession is not really felt by the populace.

“The new budget has been introduced, which is a bit lower than that of last year. The government called it a budget of consolidation and has tried to introduce some measures, but there is a lot of improvement to be made.

“I have a problem with the projection in the budget as regards the volume of crude oil that will be produced. The budget is putting it at 2.3 million barrels per day, which in my opinion is very, very ambitious given the various parameters which one should normally consider before taking such a decision.”

Speaking further, Jaiyeola said he is more inclined to look at something within the range of 1.9 to two million barrels per day, as the 2.3mbpd projection “in itself is a problem.”

He added: “For the oil price that was used, I also believe that they (government) have not been too conservative about it. There’s going to be a problem in achieving the price that has been used.

“So, I think we should be more conservative in our budget and I’ll say that the budget is not likely to achieve what has been targeted.”

Bankers call for a new strategy to handling economic activities