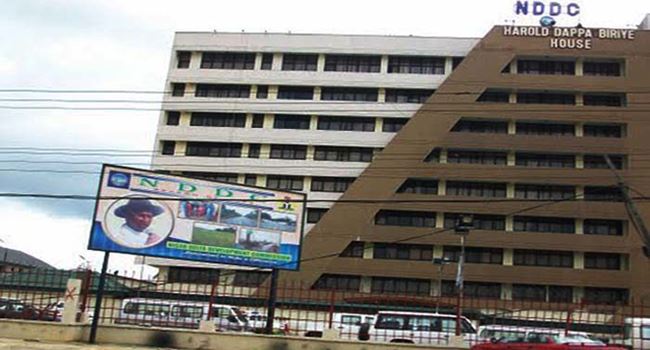 One of the directors was in charge of education, health, and social services, while the other supervised special projects at the commission.

The directors, who were arrested on Monday, were released on administrative bail on Thursday.

The ICPC spokesperson, Azuka Ogugua, who confirmed the development on Friday, said the directors were arrested for alleged abuse of office.

She said the NDDC officials were accused of mishandling the commission’s scholarship programme.

The National Assembly has been probing the NDDC Interim Management Committee (IMC) for alleged misappropriation of about N89billion.

President Muhammadu Buhari had also ordered the forensic audit of the commission since its inception.

‘I disappointed myself, family, friends and colleagues’, Fani-Kayode apologises to reporter