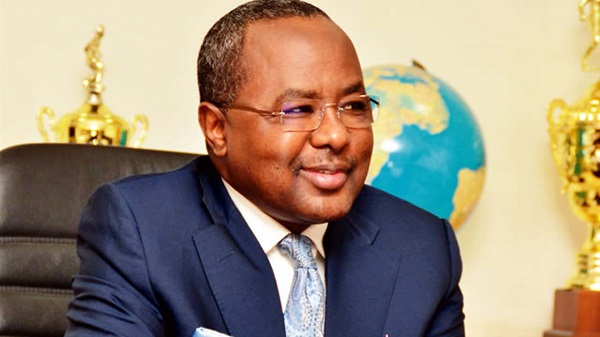 The Independent Corrupt Practices and Other Related Offences Commission (ICPC) has said it would appeal the ruling of suspended Director-General of the Securities and Exchange Commission (SEC), Mounir Gwarzo, and Executive Commissioner, Corporate Services, Zakawanu Garuba.

Justice Baba Yusuf of the Federal Capital Territory (FCT) High Court had on Tuesday discharged and acquitted Mounir Gwarzo and Zakwanu Garba, who was accused by the ICPC of fraud and abuse of office.

They were arraigned in June 2018 on a five-count charge bordering on fraud to the tune of about N115 million when Gwarzo was the DG-SEC.

However, in a statement signed by its spokesperson, Rasheedat Okoduwa, on Wednesday, ICPC alleged that Gwarzo received N104.9 million as severance benefits and N10 million excess car grant which he was not entitled to and therefore committed a breach of trust and conferred a corrupt advantage upon himself.

Former Minister of Finance, Kemi Adeosun, suspended Gwarzo and Garba from their positions in November 2017 over the allegations of corruption. A panel was subsequently set up to investigate the alleged issues, after which the ICPC arraigned them in court.

The statement read: “Garba was accused of allegedly conniving with Gwarzo to commit the fraud because he approved the monies for him as an Executive Commissioner, Corporate Services in SEC then.

“The defence counsel A.U.Mustapha (SAN) and Robert Emupkoeruo filed for a No Case Submission after the prosecuting counsel had brought forward their witnesses. The defence urged the court to hold that the prosecution was unable to prove the case against their client.

Okoduwa, in the statement, explained that the court then upheld the No Case Submission of the defendants “because the prosecution had failed to prove the elements of the offence”.

It said the Board of SEC was the highest authority in the SEC and had by resolution approved the severance benefit and the car grant.

“The court finally discharged and acquitted the defendants on all the charges against them.”

She said the ICPC is dissatisfied with the judgment because the board resolution the trial judge relied on did not decide severance benefit “but retirement and resignation benefit”.

Okoduwa assured that “the Notice of Appeal will be filed very soon.”