Home » Politics » ICYMI: What Keyamo said he’ll do if made Nigeria’s Minister of Justice 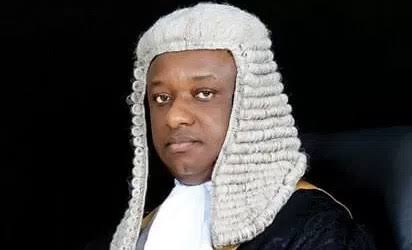 Festus Keyamo, one of the 43 ministerial nominees of President Muhammadu Buhari, was screened by the Senate, on Friday. While answering questions from the Senators, the former spokesman of President Buhari’s campaign organization during the last general elections stated what he intends to do if made the Attorney-General of the Federation (AGF) or Minister of Justice.

Keyamo told the Senate that he will press for legislation that will see to the restructuring of the apex court – the Supreme Court.

“My first task will be to unbundle the Supreme Court. It is the busiest in the world and that is not acceptable. Some of the cases that go there are frivolous. This country is big enough to have six regional courts,” he said.

The Nigerian lawyer stressed that he will push to give magistrate courts the power to grant bails. “There have been provisions to canvass the decongestion of cells in our prisons. Every Police stations should open their cells to any magistrate court close by to explain why suspects have been arrested. Not keeping them unnecessarily for long,” he said.

“People wrongly arrested are part of the reasons why cells and prisons are congested…instead of sending them to remand, the magistrate should be able to call for proof of evidence at that stage,” he said.

3. Get Supreme Court to focus on constitutional interpretation, political and election matters

He told the Senate that the current delay of judicial processes at the Supreme Court was due to the heavy traffic of cases coming from the 36 states and the Federal Capital Territory (FCT).

Therefore, in order to decongest the courts across the country, he proposed that the Supreme Court in Abuja should be made to attend to constitutional interpretation, political and election matters only. He also called for the amendment of the criminal laws across states, particularly calling for the review of the powers of the Director of Prosecution and their Attorneys Generals, to avoid abuse of office.