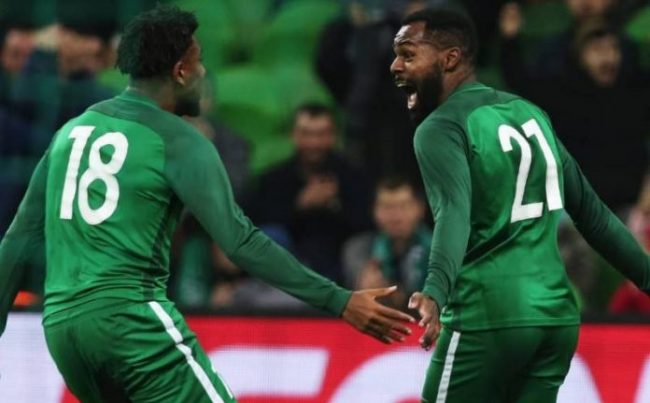 Idowu, who made the move from Amkar Perm, was signed by the Russian Premier League giants who confirmed the deal on Tuesday.

“National team of Nigeria defender Bryan Idowu has signed a three-year contract with Lokomotiv Moscow,” the club announced on the official website.

The 26-yeat old was part of the Super Eagles team at Russia 2018 World Cup.

After the signing, he said: “I am very glad to switch to Lokomotiv. I’m really looking forward to joining the team at the training camp.”

Lokomotiv Moscow won the Russian title last season and will be playing in the continental elite League in the new season.

Idowu added: “As a child I watched the matches of ‘Loco’ in the Champions League – against Real and Inter. The whole country was proud of the team!

“I’m happy to be acquainted with Alexander Kolomeitsev, with whom I played together in Perm. The rest of the guys know about the matches of Amkar against Lokomotiv.”

Idowu made his debut for Nigeria in a friendly game against Argentina last November, and he scored a goal to help the Eagles win 4-2.

He also featured in the pre-World Cup friendlies earlier this year, and played in all three group matches at the World Cup.