If Leah Sharibu were a Muslim, there would have been war —Christian group | Ripples Nigeria 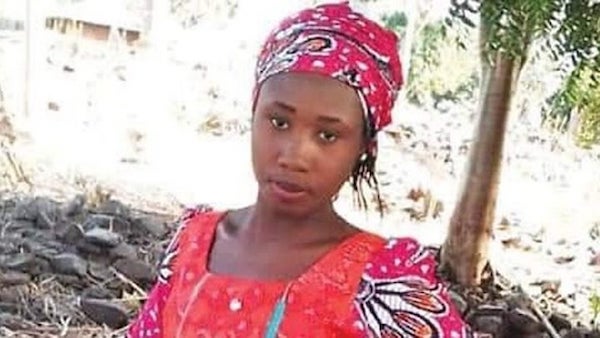 A Christian group under the aegis of the Ecclesiastical Justice Forum (EJF), says if the abandoned abducted student of the Government Science Secondary School, Dapchi in Yobe State, Leah Sharibu were to be a Muslim, there would have been religious war in the country.

The coordinator of EJF, Rev. Ayuba Kantiok, who made this assertion in a statement in Abuja, and made available to Ripples Nigeria on Friday, lamented the inability of President Muhammadu Buhari to rescue the girl who has been abandoned to her fate in the hands of her abductors just because she is a Christian.

Kantiok, who played host to a group of young Christians who paid him a courtesy visit, said:

“Today Leah Sharibu has been left in the hands of terrorists because she is a Christian. Today the government is saying nothing about her.

“The Buhari regime and the Yobe State government which have interacted with the terrorists and secured the release of the Muslim girls, continue to insult our sensitivity and dignity by doing nothing to secure the release of Leah.

“The girls from Kagara, Niger State, were brought back within days; the Zamfara State girls have also been released without hurt and the Muslim girl who was arrested in Saudi Arabia over a drug-related offence was released after herculean effort by the Nigerian government.

“The release of the aforementioned who are all Muslims cost Nigeria a huge amount of resources, and yet nothing is worth sacrificing to rescue Leah under the pretext that the terrorists refused because she refused to convert to Islam.

“But looking closely at the recent happenings, especially concerning the effort of the Buhari and some Northern Muslim governors in securing the release of kidnapped Muslims, it shows that it is not the terrorists that are not willing to release Leah, but the Federal Government and the Yobe State Government who are not willing to secure her release.

“The story of the captivity of Leah in the hand of Islamic terrorists, the Gaidam and the Federal Government, represents a story of a failed and hopeless country.

“For a very long time we did not hear about Leah. To our consternation an archaic story was released that Leah was married to a terrorist Commander and was nursing a baby. Despite the ugly nature of this story, the Buhari regime did not say anything.

“The National Assembly did nothing about Leah. Interestingly Ahmed Lawal, the present Senate President and Senator Ibrahim Gaidam are from Yobe State where Leah was abducted.

“Gaidam was the Governor when this small Christian girl was kidnapped at Dapchi.

“Gaidam and Ahmed Lawal were key members that negotiated the released of the Muslims girls leaving Leah in the den of the terrorists.

“These Senators are very useful in the Dapchi abduction Saga. Gaidam, particularly was the governor, the Chief Security Officer of Yobe State.

“Leah, then a fourteen (14) years girl, was an innocent Christian child who was just a student in Dapchi under the protection of Gaidam; if Gaidam in conjunction with Buhari could return the Muslims girls, they have no excuse whatsoever not to rescue Leah.

“Nigerians and especially Christians should arise and ask the Buhari regime, Gaidam, Ahmed Lawal and the government of Yobe State valid question: ‘Where is Leah Sharibu?’

“The way Buhari and the Yobe State government have handled the issue of Leah, if it were Christian Leaders that behaves in that manner, there would have been a religious war in Northern Nigeria.

“Today the Nigerian Christian under the regime of Muhammadu Buhari is facing the worse model of injustice, one of the worse in the 21st Century.

“The Buhari regime since 2015 till date have been waging both overt and covert war against the Christians in Nigeria.

“Today, Christians have been completely eliminated from all the Federal Security Organization in Nigeria.”

This is what you get for ignoring my warning on Buhari in 2015, Kanu mocks Nigerians