Home » Politics » If only Obasanjo had listened to Kanu on ‘fulanisation’ earlier, lives would’ve been saved- IPOB 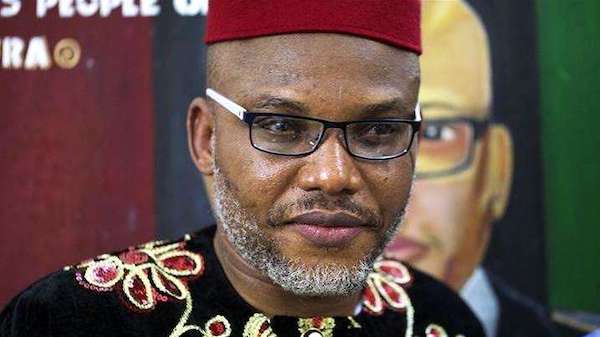 After over a week, former president, Olusegun Obasanjo’s fulanisation comment is still stirring controversy. This is as the Indigenous People of Biafra (IPOB) faulted the timing of Obasanjo’s statement on fulanisation and islamisation of the country, describing it as belated.

While speaking at an event at the Cathedral Church of St. Paul’s Anglican Church, in Delta State, Obasanjo had said failure to act quickly to stop the Boko Haram insurgency and herdsmen crisis has led to an escalation far beyond the capacity of the Nigerian government.

According to him, the twin evils of Boko Haram and killer herdsmen were “no longer an issue of lack of education and lack of employment for our youth in Nigeria which it began as” but now a “West African Fulanization, Islamization and global organised crimes of human trafficking, money laundering, drug trafficking, gun trafficking, illegal mining and regime change.”

However, IPOB in a statement on Sunday by its Media and Publicity Secretary, Emma Powerful, accused Obasanjo and other Nigerian leaders of conspiracy of silence in the trouble with Nigeria.

It claimed that the number of casualties would have been minimal if the former president had spoken out earlier against the so-called fulanisation and islamisation of the country.

The group regretted that while its leader, Nnamdi Kanu was kicking against the misrule in the country, leaders like Obasanjo assumed an indifferent disposition.

The statement read in part, “We say good morning to the former President Olusegun Obasanjo, who is only now merely echoing what our leader, Nnamdi Kanu has been saying repeatedly for years.

“The same way the high and mighty in Nigeria has now conceded to the inevitability of the destructive Fulanisation agenda championed by APC, one day they will swallow their pride and also concede that Nnamdi Kanu was also right about Jubril Al-Sudani all along.

“Had the likes of Obasanjo spoken out earlier when our leader repeatedly warned of what was happening, many innocent victims of Fulani herdsmen would still be alive today, many ethnically cleansed communities in the Middle Belt would have been sparred also?”