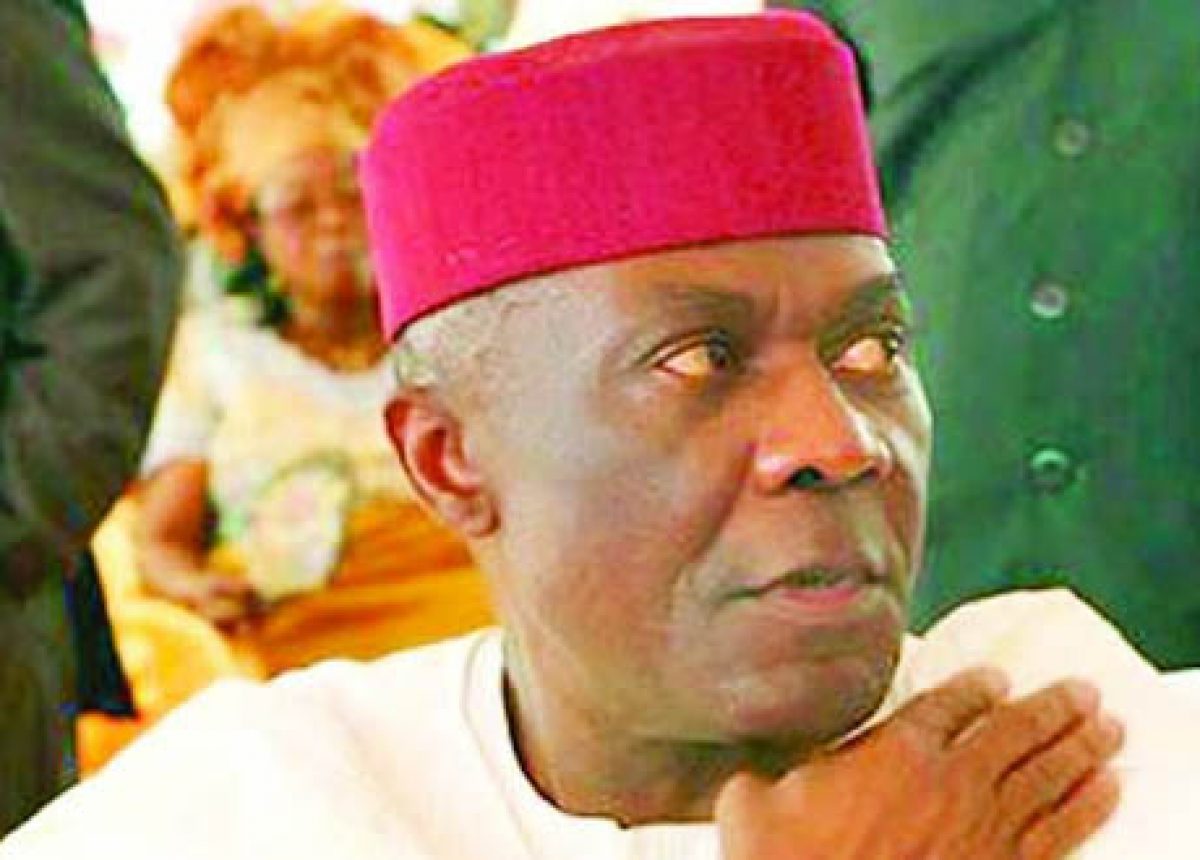 Former Nigerian Senator, Francis Arthur Nzeribe has died at the age of 83.

According to a family source, Nzeribe was declared dead on Sunday morning at a foreign hospital following an undisclosed ailment which he had been battling with for years.

“He died this morning in a hospital abroad. The family will soon release a statement,” the family source said.

Nzeribe was one of the most controversial politicians Nigeria has ever known. He was senator representing Orlu Senatorial constituency in Imo State from October 1983 to December 1983, when the military boys took over power and put a halt to civilian rule. He returned to the Senate again on the return of democracy to Nigeria, and was there from May 1999 to May 2007 on the platform of the People’s Democratic Party (PDP).

In between his long tenure in the Senate, he was suspended indefinitely in 2002 by the then Senate President Anyim Pius Anyim over an allegation of N22 million fraud.

For the younger generation, especially those below 30, the story of Arthur Nzeribe may look like a piece of fiction but for the older generation and those with a sense of history, the late politician was not only an enigma but a maverick study on the art of controversies.

Here are some things you never knew about the late Nzeribe:

Before venturing into politics,
Nzeribe was already a multi-billionaire business mogul who was into investments, oil and gas, and according to legend, was also into the importation of arms and ammunition.

Nzeribe’s second wife was the sister of Hajia Asabe Yar’Adua, wife of the late General Shehu Musa Yar’Adua, who was brother of late President Umaru Yar’Adua, which gave him a leverage with the powerful Yar’adua family.

After his education in England at the Portsmouth College of Technology and the Chesterfield College of Technology, Nzeribe began by selling life insurance to black immigrants in Britain before returning to Nigeria in 1961 and was briefly employed by Shell Petroleum before he left to join the Nigeria Air Force as a cadet officer.

He however, spent only a few months in the Air Force before leaving to join Gulf Oil.

Nzeribe left Gulf Oil after a few months and returned to England where he set up a public relations firm with a Ghanaian and two English partners.

The firm worked with a number of African diplomatic missions in London including the Ghana High Commission and after a meeting with then Ghanaian head of state Kwame Nkrumah, he got a brief to work for him in public relations.

Nkrumah introduced Nzeribe to other African leaders and by 1969, Nzeribe started the Fanz Organization, dealing in heavy construction, arms, oil brokerage, publishing and property investment, with much business in the Middle East and Gulf states.

In Nigeria, Nzeribe was the founder Sentinel Assurance, a thriving insurance company in the 80s and 90s, as well as other businesses.

By 1983, Nzeribe was rumoured to have spent a whopping N12m to win a Senatorial seat in Orlu.

Nzeribe’s controversial notoriety became legendary in 1993 after the then Military President, Gen. Ibrahim Babangida, annulled the June 12 election believed to be the fairest in the history of the country, by setting up and financing the Association for a Better Nigeria (ABN) which was campaigning for the transmutation of Babangida from a military head of state to a civilian President.

“If Babangida goes, the country will break into pieces. There will be another Bosnia.”

On June 10, 1993, two days before the election, Nzeribe and the ABN tried to stop the polls by obtaining a midnight injunction from an Appeal Court in Abuja alleging corruption.

But the injunction could not stop the election going on and on June 12, Nigerians turned up in their numbers to cast their votes with the candidate of the Social Democratic Party (SDP), Chief MKO Abiola establishing an unassailable lead before the election was annulled by Babangida.

In 2006, the Orlu People’s Consultative Assembly sponsored by the governor of Imo state Achike Udenwa, staged a One Million March to drum up support for Nzeribe’s recall from the Senate and in December of that year, he failed to pick up the PDP senatorial ticket for the 2007 election to Osita Izunaso who defeated him in the primaries.

Top 10 stories from across Nigerian Newspapers, Sunday May 8th 2022