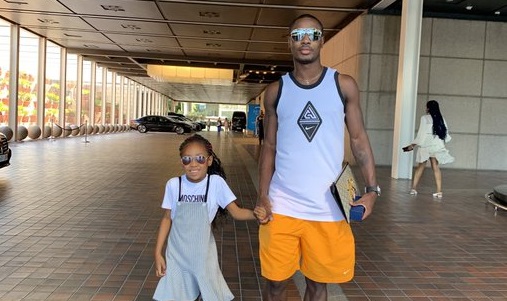 Super Eagles striker, Odion Ighalo has incurred the wrath of his club, Shanghai Shenhua, for actions that appeared to be violating the club’s rules and regulations on social media.

Ighalo, who finished the 2019 Africa Cup of Nations (AFCON) in Egypt as the highest goal scorer, has been on rehabilitation after sustaining a knee injury in the tournament.

He has been in Spain receiving treatment, but has also been posting photos and videos on social media, which the club considered inappropriate.

In a statement released by the Chinese topflight club, Shenhua noted that Ighalo’s actions have caused a great concern to the Chinese media and football fans – and he must be punished.

“Shanghai Greenland Shenhua Football Club attached great importance to this matter and talked with Odion Ighalo. The club asked Odion Ighalo to put all his energy into rehabilitation and submit treatment and training reports to the club on time.

“The Shanghai Greenland Shenhua Football Club requires all players to manage their personal social media. Any violation of the team’s rules and regulations on social media will be punished by the club.”

Ighalo have scored seven goal in nine games this season for Shenhua, who are currently 12th in the Chinese Super League log with 22 points from 21 games.