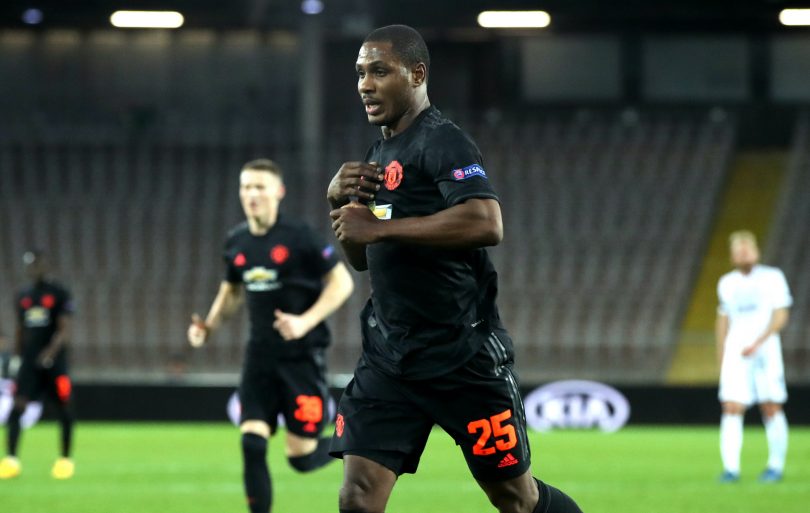 Nigerian forward Odion Ighalo scored again for Manchester United in their 5-0 victory over LASK in the first leg of their Europa League round of 16 clash.

The 30-year-old scored a superb opening goal to set the Red Devils enroute one of their biggest away victories in recent times.

Ighalo, who joined United in January, has now scored four goals in three starts for the club, scoring at least once in each of the three starts.

United have now gone 11 games without defeat in all competitions, following the big win inside a largely empty Linzer Stadion in Austria.

Read Also: Ighalo must consult with family if he’s to play for Nigeria again —Brother

The visitors got ahead in the 28th minute when Ighalo collected Bruno Fernandes’ pass and juggled the ball from right foot to left, before firing it into the top left corner.

Ighalo then assisted Daniel James in the 58th minute to double their lead, before three late goals from Juan Mata, Mason Greenwood and Andreas Pereira sealed the rout.

A crowd of 500 people were spectators at the game after the Austrian government had restricted the attendance in response to the coronavirus outbreak.

The second leg of the clash holds at Old Trafford next week Thursday, March 19, 2020.