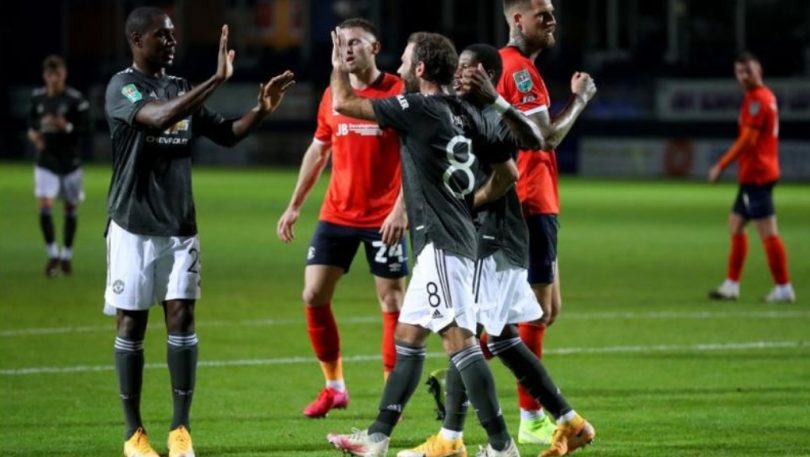 Nigerian forward, Odion Ighalo made his first appearance this season for Manchester United in their 3-0 victory over Luton FC.

Ighalo, who has been on loan with the Red Devils, played for 67 minutes in the game before making way for Marcus Rashford.

The win means the Ole Gunner Solskjaer have advanced to the fourth round of the Carabao Cup.

Substitute Mason Greenwood was on target and also made an assist as United beat the Championship side.

A Juan Mata penalty had given United the lead at the end of the first half, before Rashford, who came in for Ighalo, doubled the lead in the 88th minute.

It was Greenwood who sealed the victory with a late goal, to set up a meeting with either fellow Premier League side Brighton or Preston of the Championship in the next round.

United were beaten 3-1 by Crystal Palace in their Premier League opener last weekend.