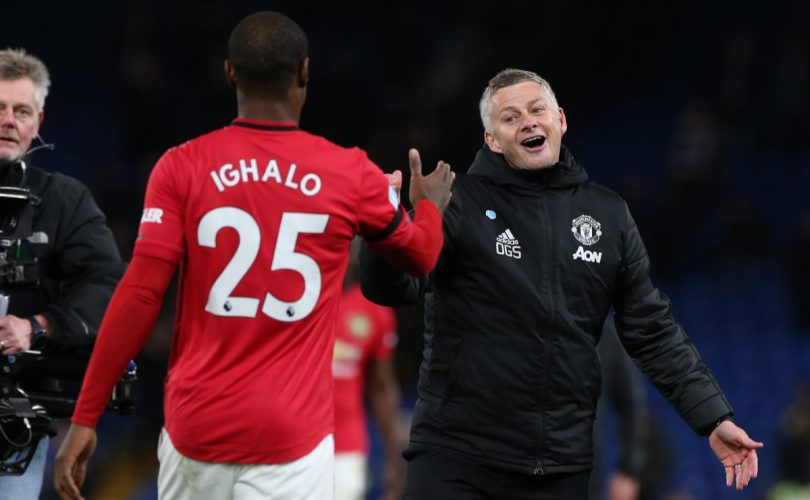 Nigerian forward, Odion Ighalo was again used as a substitute for Manchester United in their 3-0 victory over Watford in the Premier League.

Ighalo faced his former club Watford for just 20 minutes as he came in for Anthony Martial in the 80th minute of the encounter at Old Trafford.

30-year-old Ighalo joined United on loan in January and is yet to make his firat start at the club he has always loved from childhood.

He has now made three appearances so far, having played against Chelsea in the Premier League last Monday and against Club Brugge in the Europa League last Thursday.

The Red Devils got ahead in the 42nd minute when Bruno Fernandes converted a penalty after he had been taken out by Watford keeper Ben Foster.

Anthony Martial scored an excellent second just before the hour mark – moments after Watford’s Troy Deeney had a goal ruled out by VAR for handball in the build-up.

Mason Greenwood then lashed home the third 15 minutes from time.