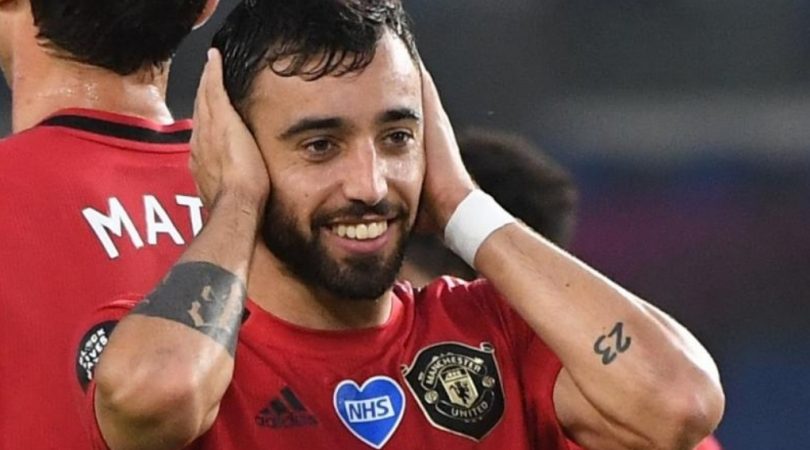 Nigerian forward, Odion Ighalo played as as substitute in Manchester United’s 3-0 win over Brighton in the Premier League on Tuesday night.

Ighalo, who scored his fifth goal for the club during their last game against Norwich, came in as a substitute for Anthony Martial in the 78th minute.

The star of the match was definitely Bruno Fernandes who bagged a brace to brush aside their hosts in an entertaining show.

With the win, United boosted their hopes of finishing in top four, as they climbed to fifth.

Ole Gunnar Solskjaer’s side totally dominated the contest at the Amex Stadium and extended their unbeaten run to 15 games.

Teenager Mason Greenwood opened the scoring in the 16th minute when he bamboozled Brighton defender Lewis Dunk with quick footwork and fired in.

Fernandes doubled the lead in the 29th minute, netting via a deflection before volleying in to finish a swift counter-attack in the 50th minute for United’s third.