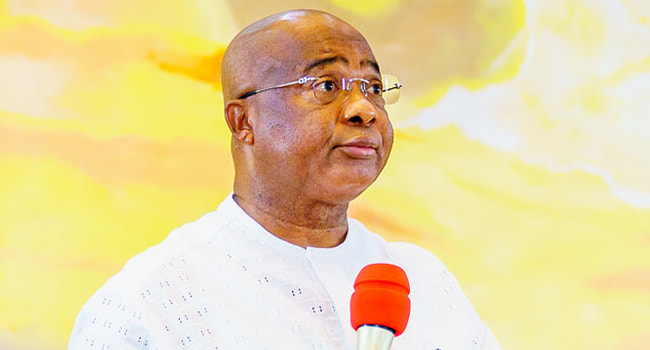 Imo State Governor, Hope Uzodinma, on Sunday urged the people of the state to disregard any rumour of impending attack in the state.

The governor, who made the call in a statement issued by his spokesman, Oguwike Nwachukwu, described reports that hoodlums were targeting some institutions and government facilities in the state as unfounded.

He said: “Imo people and residents should go about their businesses without fear of molestation or harassment. What happened in the past weeks will never repeat itself again.

“We will crush anybody that attempts to cause mayhem or attack Imo people again. Government cannot surrender to blackmailers, hoodlums, and perpetrators of violence who have sworn to make the state ungovernable.”

Uzodinma said the rumours were designed to put fears in the mind of Imo people and assured them that the government would repel any attack on the state.