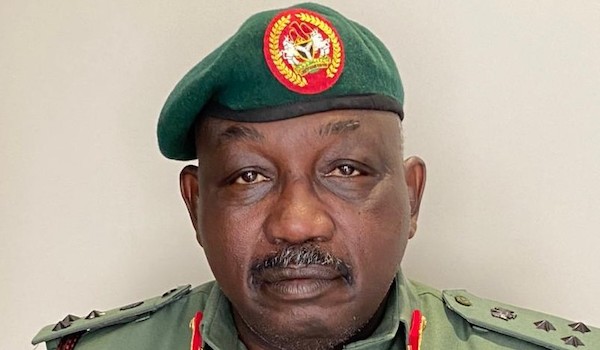 The Nigerian Army has charged Nigerians to ignore the enemies of peace and unity of Nigeria who spread divisive rhetorics against the sovereignty of Nigeria and its patriotic army.

The Director, Army Public Relations, Brig.-Gen. Mohammed Yerima, made the charge while reacting to an online publication titled “Secret Fulani Plan Unveiled – the Compromised Army Chief” on Monday in Abuja.

“However, to put the record straight, it should be clear that the Nigerian Army does not train, deploy or operate along ethnic, religious, tribal or regional divides thus the name Nigerian Army.

“In the past, several subversive elements have attempted to infiltrate the formidable ranks of the Nigerian Army to sow seed of discord among its personnel but failed.

“This is due largely to the loyalty and belief of the Nigerian Army in one great country, Nigeria.

“The amateurish article presented in self-styled stages one to nine in a fictitious movie-like scenario devoid of even the basic rudiments of a news report but yet laced with potent hatred and venom for Nigeria and its proud citizens.

“One cannot but forgive the illiterate writer of this article and his sponsors for refering to the Chief of Army Staff as Lt Gen Jega (Stage 1, paragraph 1),” he said.

Yerima said a quick check on the Nigerian Army personnel database revealed that there were no name-matches for Lt.-Col. ND Okeke and Lt.-Col. Aja currently in service who were reportedly killed in a conspiracy.

According to him, in general, summarising stages four to nine of the uncoordinated article exposes the real intent albeit the very low IQ of the writers and publishers.

“They have distinguished themselves as enemies of our existence and should be seen and treated as such.

“Furthermore, the Nigerian Army would like to request all peace-loving citizens to disregard the content of the said article by Opera News Official in its entirety as it lacks common logic.

“The Nigerian Army also wishes to reiterate its commitment to the protection of our territorial integrity, defending lives and properties of all citizens and residents in Nigeria.

“The army further wishes to solicit for the continuous support of all patriotic Nigerians in stamping out activities of criminals including subversive elements for a peaceful and prosperous Nigeria,” he said.