IGP Idris begs court to invalidate Senate resolution against him 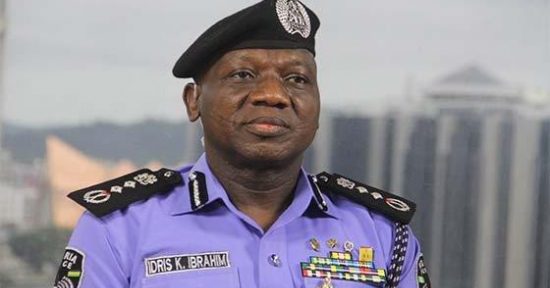 Worried by the recent resolution of the Senate against him, the Inspector-General of Police (IGP), Ibrahim Idris, has approached a Federal High Court in Abuja.

He is begging the court to annul the declaration against him by the lawmakers.

The Senate had on May 9, 2018, following the IGP’s refusal to honour several of its invitations, declared him an enemy of democracy and unfit to hold public office within and outside Nigeria.

But in his bid to sue the Senate and its President, Dr. Bukola Saraki, the IGP on Thursday obtained the court’s leave, an order permitting him to file a substantive action for “a judicial review” of the actions leading to the resolution passed by the Red Chamber.

Granting the order to the IGP, Justice John Tsoho said, “I am convinced that the applicant has shown sufficient interest in the issues raised”.

In his response the judge held, “Leave is granted as prayed.”

He went further to say that the order shall be served on the respondents (Saraki and the Senate), through the Clerk of the National Assembly and that such service shall be deemed proper and valid service.

The IGP’s court action is coming even as the National Assembly at a joint session on Tuesday vowed to use its full powers against President Muhammadu Buhari if he fails to sack Idris.