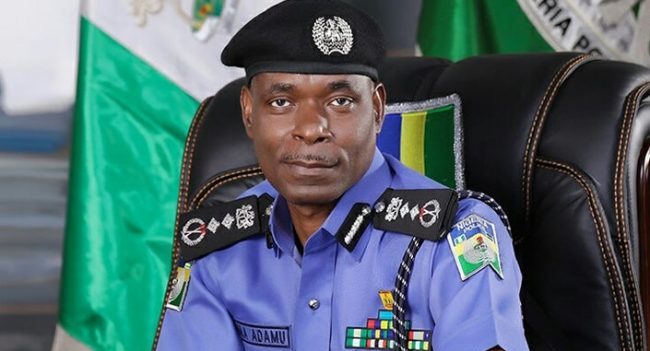 The Inspector-General of Police, Mohammed Adamu, has ordered the withdrawal of all security aides attached to governors, their deputies, public office holders, politicians and other personalities involved in the Bayelsa and Kogi State governorship elections with effect from today (Friday).

The directive was issued on Thursday on behalf of the IGP by the Deputy Inspector General (DIG) of Police in charge of operations at the Force Headquarters, Abdulmajid Ali, at a press briefing in Lokoja, the state capital.

According to Ali, the directive which affects the Kogi State governor, Yahaya Bello and his Bayelsa counterpart, Seriake Dickson, among others, will witness the withdrawal of the aides from the affected political actors and public office holders until after the elections.

He also added that with the deployment of 66,241 police personnel to Bayelsa and Kogi States, adequate security would be guaranteed during the elections in both states.

READ ALSO: Snatch ballot box and ‘pay dearly for it,’ police warn trouble makers ahead of Bayelsa and Kogi elections

Ali said: “We are not unaware of the possible security threats that some misguided political actors and their followers may attempt to pose during the elections in both states.

“To such elements, we must sound a note of warning that as a nation, we have had enough of electoral violence. Hence, while the Nigeria Police shall strive to guarantee a peaceful and secure space for all political parties and the citizens to freely exercise their electoral rights, we shall not hesitate to identify, isolate and bring to deserved justice any person or group of persons that attempt to threaten the democratic order in Kogi and Bayelsa States.”

The directive comes after the police said that anyone caught snatching ballot box would not be spared.

The DIG gave the warning when he addressed a press conference on Thursday.

He said the IGP had deployed personnel good enough to satisfactorily police the states and deal with any eventuality during the election.