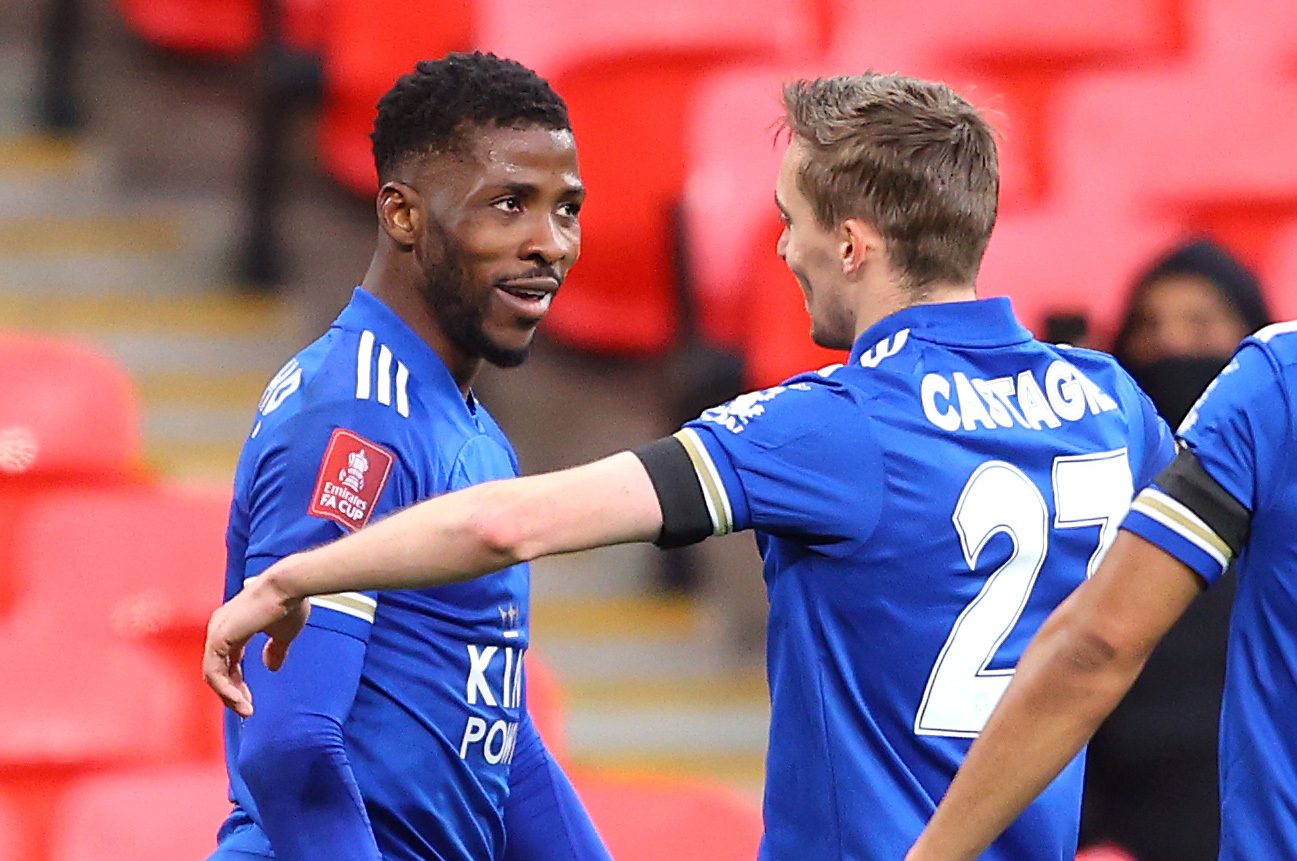 Super Eagles forward, Kelechi Iheanacho was on target for Leicester City in their 3-0 victory over West Brom in the Premier League.

His compatriot and teammate, Wilfred Ndidi was also in action for the Foxes while Nigeria’s Semi Ajayi played as a second half substitute for West Brom.

The victory at the King Power Stadium boosts their hopes of clinching a Champions League spot as the end of the season draws near.

Leicester are now four points clear of Chelsea, who occupy fourth spot in the table, with six games remaining.

England striker Jamie Vardy opened the scoring with a fine effort in the 23rd minute before Centre-back Jonny Evans nodded in the second three minutes after.

Iheanacho was then available in the box as Vardy provided a fine pass to the Nigeria international, who gently found the back of the net on 36 minutes.

Iheanacho – Seniorman Kels as fondly called by fans – has now scored 13 goals in all competitions in 2021.

Defeat for West Brom means more woes, as they are on the brink of relegation. They remain nine points from safety and have a far inferior goal difference than 17th-placed Burnley.