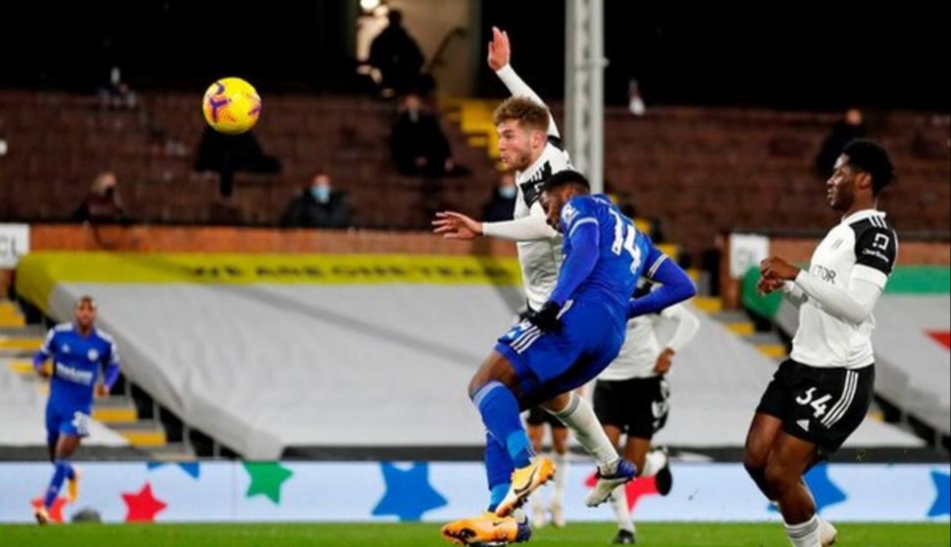 Super Eagles forward, Kelechi Iheanacho was on target for Leicester City in their 2-0 victory over Fulham in the Premier League on Wednesday.

Nigerian defender, Ola Aina was also in action for Fulham, while newly-arrived Josh Maja is yet to make his debut for the team.

Iheanacho, who was scoring his first goal since November, headed home by meeting James Maddison’s excellent cross 17 minutes into the game.

Maddison went on to assist James Justin who slotted in just before halftime to seal the win for the Foxes.

Elsewhere, Super Eagles forward, Alex Iwobi was in action for 87 minutes for Everton in their 2-1 win over Leeds United.

Goals from Gylfi Sigurdsson and Dominic Calvert-Lewin gave the Toffees a hard-fought win.

The victory takes the Carlo Ancelotti men fifth in the Premier League.