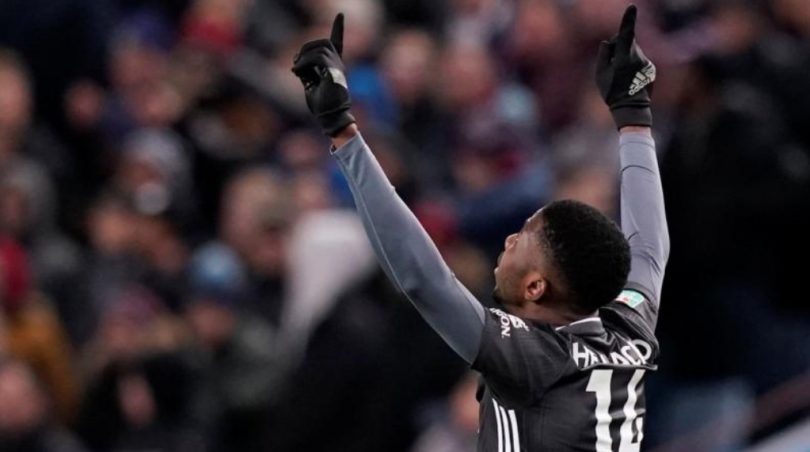 Super Eagles forward, Kelechi Iheanacho was on target for Leicester City, but his goal was not enough to see his side into the final of the Carabao Cup.

Iheanacho has now scored nine goals for the Foxes this season, and has made four assists.

The Nigeria international helped Leicester fight back as he scored in the 72nd minute to equalise 1-1 after Matt Targett’s 12th-minute strike had opened the scoring.

The game was going to penalties as it was 2-2 on aggregate, but a last minute winner by Trezeguet saw Aston Villa into the final.

Substitute Ahmed Elmohamedy sent over a superb cross in the 93rd minute for Trezeguet to drill a far-post finish across Leicester keeper Kasper Schmeichel.

Villa will face either Manchester United or Manchester City, who play in the other semifinal on Wednesday.

City and United played 3-1 in the first leg at Old Trafford.