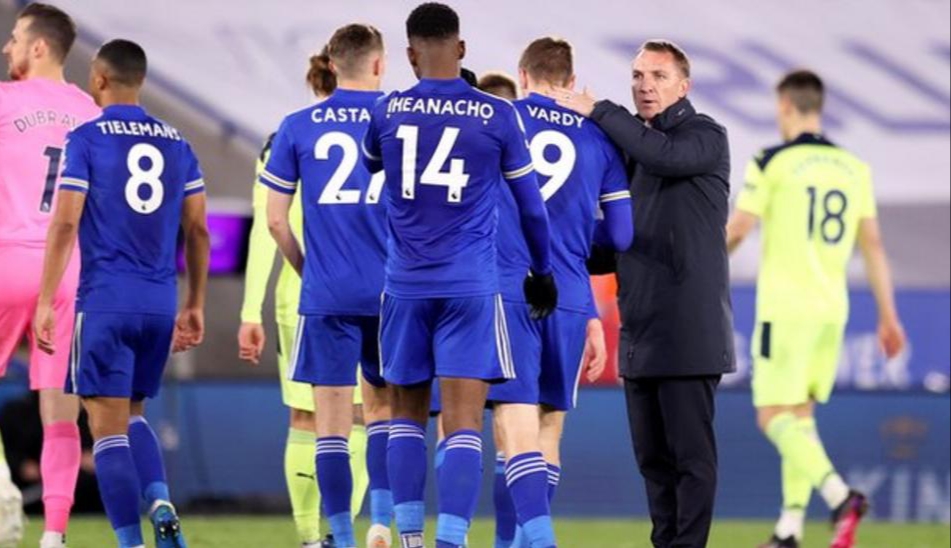 Super Eagles forward, Kelechi Iheanacho was on target for Leicester City in their shock 4-2 defeat to Newcastle United.

Leicester who are pushing to finish in top four in the Premier League may have had their pursuit dented with the loss at the King Power Stadium on Friday night.

The Foxes conceded four goals in 73 minutes against a rampant Newcastle, with goals by Joe Willock, Paul Dummett and Callum Wilson (brace) taking the visitors within one point of safety.

It was in the 80th minute that Marc Albrighton scored Leicester’s first and Iheanacho halved the deficit seven minutes after, to give the Magpies a late scare.

But the visitors held on and clinched a result that moves them up to 13th on 39 points, 12 points ahead of 18th-placed Fulham who have four games left.

Leicester ramain in third spot, and five points ahead of fifth-placed West Ham but have now played a game more ahead of a busy Premier League weekend.