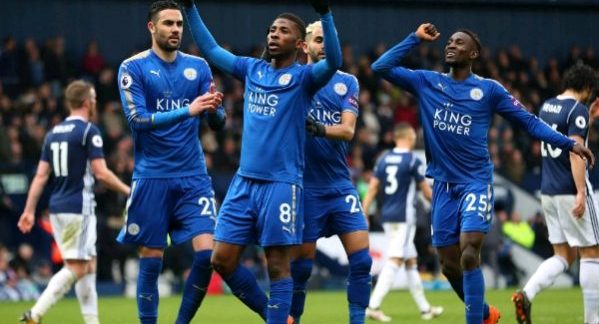 The hosts got ahead as Salomon Rondon scored an eighth minute opener, but could not keep up with the lead as Jamie Vardy levelled both sides in the 21st minute.

Riyad Mahrez then got on the scoresheet after half-time when he coolly finished after a clever pass from Iheanacho, put the game beyond the Baggies when he headed in Ben Chilwell’s cross on 76 minutes.

Leicester made it 4-1 in injury time when Vicente Iborra headed home from a corner.

Iheanacho did come on as a 60th-minute substitute for Shinji Okazaki,and made an impact in the game – bagging an assist and scoring a goal.

His compatriot, Wilfred Ndidi was on throughout the game, and was entirely effective in the midfield to help his team secure their first victory in 11 EPL games.

In the other Premier League games on Saturday, Everton beat Brighton 2-0 at Goodison Park as Newcastle thumped Southampton 3-0 at home.

Huddersfield drew goalless with Swansea City, while Burnley, playing away to West Ham, thrashed their hosts 3-0.