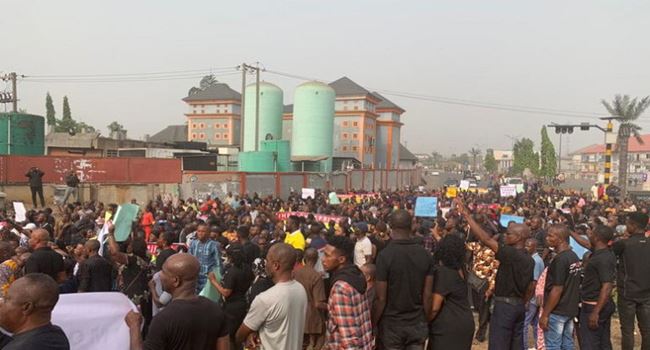 Smarting from protests rocking the state in the aftermath of the Supreme Court judgment that sacked former Governor Emeka Ihedioha from office, the Imo State House of Assembly has banned any further protest in the state.

The state lawmakers, most of who have defected to the All Progressives Congress (APC), also warned that the protests have become dangerous events exposing residents to danger in the state.

The Assembly equally asked the Peoples Democratic Party (PDP) to stop crying wolf over the ruling of the Apex Court of Tuesday 14th January on the governorship election in the state.

The lawmakers subsequently passed a vote of confidence on Governor Hope Uzodinma and the Supreme Court, and also decided to write a letter of commendation to the Chief Justice of Nigeria, Justice Muhammad Tanko.