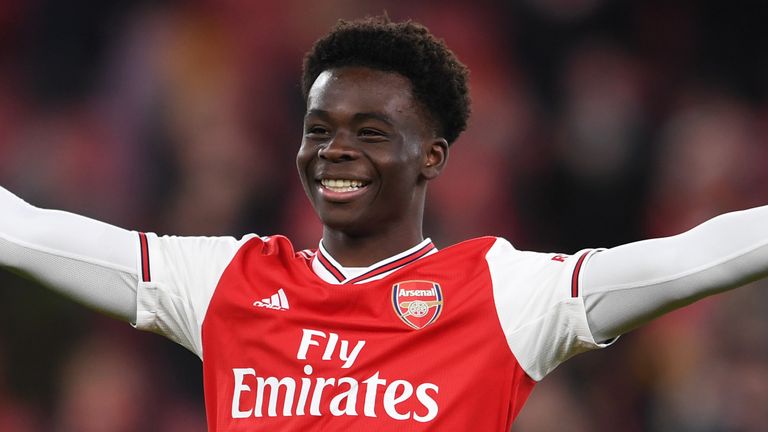 Former Nigeria international, Victor Ikpeba has added his voice to calls for Arsenal youngster of Nigerian descent, Bukayo Saka to play for the Super Eagles.

The 18-year-old, who has been exceptional for the Gunners this season, has made 11 assists and scored one goal to keep Mikel Arteta’s side on seventh in the Premier League.

British-born Saka, who has Nigerian parents, is eligible to play for Nigeria.

Ikpeba made the call via Twitter on Tuesday night during the lad’s display at the King Power Stadium in their 1-1 draw with Leicester City.

“Watching the Arsenal Vs Leicester City game and I think Gernot Rohr should invite Bukayo Saka to the Super Eagles camp once the paperwork have been concluded,” Ikpeba wrote on Twitter.

Saka, who already has four goals in 10 appearances for the England U-19’s, is not the first player raised in England that ended up playing for Nigeria.

Alex Iwobi and Victor Moses, though born in Nigeria, were raised in England and even played for the English youth teams but switched to play for Nigeria’s national team.

Meanwhile, Super Eagles head Gernot Rohr coach had made it clear in an interview with ESPN last month that Saka will need to make the first move if he is interested in wearing Nigeria’s colours, as the team will not come begging for his services.