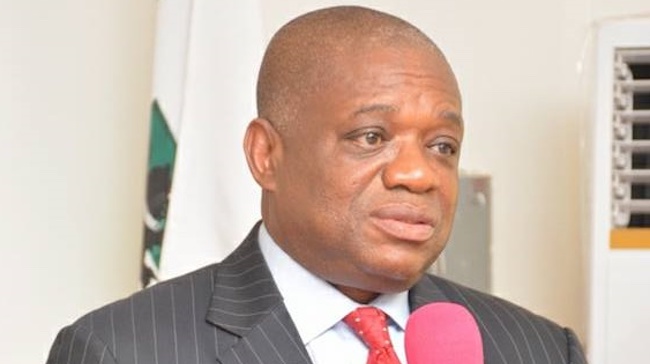 The Chief Whip of the Senate, Orji Kalu, has said he is ready to stand as a surety for the detained leader of the secessionist group, Indigenous Peoples of Biafra (IPOB), Nnamdi Kanu, if the Nigerian government agrees to release him.

Kalu, who gave the assurances during a live appearance on a Channels Television programme, Political Paradigm, aired on Tuesday, said he was close to the family of the detained IPOB leader.

A Court of Appeal in Abuja had in October last year acquitted and discharged Kanu from terrorism charges.

However, the Federal Government appealed the decision and was later granted the request by the court to stop the execution of the judgment freeing the IPOB leader.

It would be recalled that Senate Minority Leader, Enyinnaya Abaribe and two others, had stood as sureties for Kanu before he was granted bail by the Federal High Court in Abuja in 2017.

The embattled IPOB leader, however, jumped the bail and ran out of the country the same year.

Speaking in the interview, Kalu said Kanu refused to take his warning to desist from his secessionist agitations.

The lawyer, however, expressed concerns over Kanu’s predicament and promised to counsel him if granted bail by the Federal Government.

The lawmaker said: “I will stand surety for Kanu if the Federal Government wants to release him to me. I made his father the traditional ruler of their place when I was governor. I’m close to them but they didn’t listen to me. But that will not make me to abandon them. I will not abandon them.

“I am ready to be his surety if the Federal Government wants to release him to me. And I can keep him in my compound here in Abuja or Igbere and counsel him”, he added.

PDP PCC dismisses fraud allegations against Atiku, says accuser was not an aide