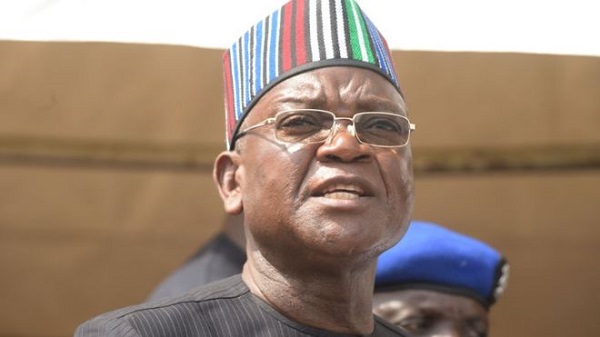 Reacting to the Independent National Electoral Commission (INEC) declaration of Saturday’s governorship election in Benue as inconclusive, the state Governor has said he is unbothered.

Gov. Samuel Ortom made his stand known on Monday in Makurdi while interacting with newsmen. He said that he was not disturbed by the declaration because he is certain he will still lead during the supplementary election.

“I am comfortable because my party has the majority in the State. I am not contemplating of winning because I know I will surely win.

“APC cannot come overnight and get more votes than me.

“My party won all the three senatorial seats, six out of 11 House of Reps seats and 18 House of Assembly seats out of 30, but some assembly seats are declared inconclusive too,” he said.

He said he had a lead of 81,554 votes, stressing that he polled 401,576, while the All Progressives Congress (APC) candidate, Mr Emmanuel Jime polled 329,022 in the results so far released by INEC.

He said that although the election was declared inconclusive, he was optimistic that he would emerge victorious at the end of the day.

The governor, who said that it was in PDP strongholds that the elections were cancelled, called on security agencies to provide adequate security to ensure the safety of lives during the supplementary election to enable the electorate exercise their franchise and to prevent the snatching of electoral materials.

He said that what the people of the state wanted were free, fair and transparent elections.

He commended Benue people for voting massively on March 9, and urged them to take INEC’s declaration in good faith and remain calm.