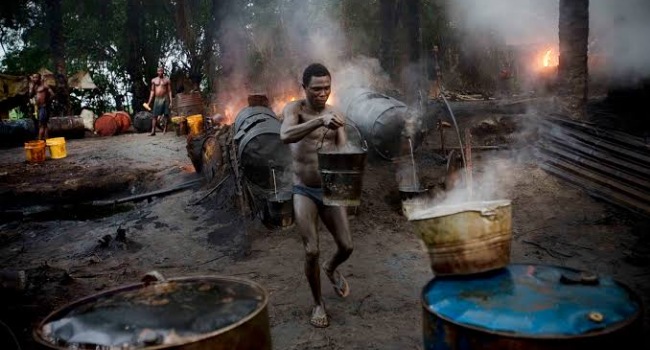 The quality of fuel imported into Nigeria is so dirty that it cannot be sold in countries with “higher and better-implemented standards,” a report has claimed.

According to the report, the situation is so bad that the average fuel refined illegally in the creeks of the Niger Delta, are of better quality than the imported ones.

On how it arrived at the report, the group said it carried out laboratory analysis of fuel samples collected from 45 government-licensed filling stations and unofficial (46) fuel selling points in Lagos, Rivers and Bayelsa states.

In the report entitled Dirty Fuel: An analysis of official and unofficial petroleum products in the Niger Delta, the organisation said in Lagos, it collected official samples from filling stations close to the port on assumption that it would be “most likely to be a true representation of imported refined products”.

“Our research suggests that Nigeria is having dirty fuel dumped on it that cannot be sold to other countries with higher and better-implemented standards,” the UK Guardian quoted Florence Kayemba, SDN programme manager, to have said.

“The situation is so bad that the average diesel sampled are of an even lower quality than that produced by artisanal refining camps in the creeks of the Niger Delta,” the report said.

FALLOUT OF ‘FIGHT’ WITH KEYAMO: NASS tells Buhari to suspend recruitment of 774,000 Nigerians