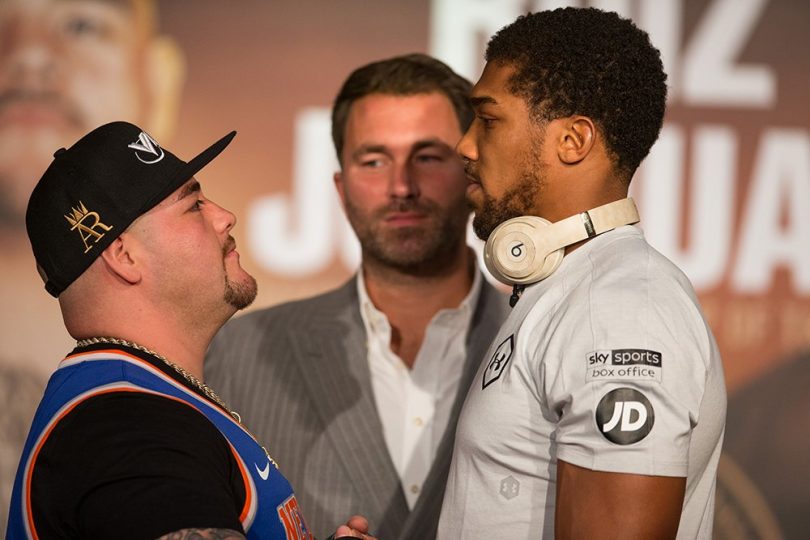 British boxer of Nigerian descent, Anthony Joshua, says he is not willing to fail twice the exam of beating Andy Ruiz Jr in their heavyweight bout billed for Saturday night.

Joshua lost his WBO, IBF and WBA titles to the Mexican-American in a shock defeat last June and is “better prepared to have them all back in the rematch.

Ruiz floored Joshua four times before stopping him in the seventh round in their first encounter in New York, and will be hoping to achieve a smilar feat when they storm the ring in Saudi Arabia tonight.

Read Also: ‘Who are you to tell me to get out of the gym?’ – Joshua not ready to retire

“You go through it once, you fail. Most people fail their first driving test. I’m better prepared this time. I’m well prepared.

“I think I passed my third driving and I went automatic as well!

“You may see that the energy in this fight will be different to last time.

“I think I’ll be able to talk more after. I don’t want it to sound like excuses and stuff like that but I think there’s a reason why people lose.”

The Diriyah Arena, Saudi Arabia is the venue for what has been tagged as the ‘Clash on the Dunes’ – to begin around 10p.m Nigeria time.