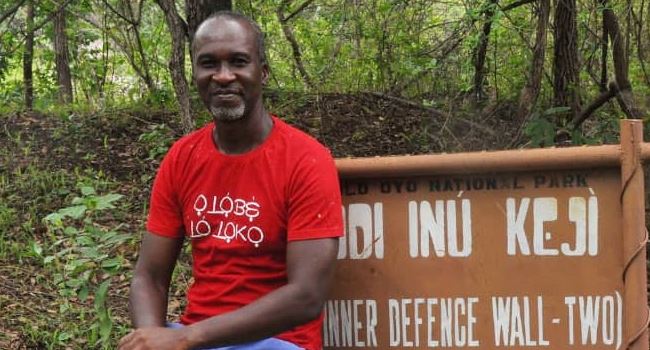 It all started during the last month of my National Youth Service Corps (NYSC) year in Jos, Plateau State, Nigeria.

In the first month of the service year (August 1998), while we were at the Orientation Camp at Government Secondary School, Zaria Road, Jos, I had woken every morning to the sight of undulating hills, with their peaks appearing to touch the skies, and the sounds of chirping dogs providing rhythmic music.

I was always admiring the natural environment and telling myself that, sooner or later, I must explore the city.

I chose to do the latter.

So, I decided to form the NYSC Tourism CD Group.

The Camp officials had no objection. The NYSC Secretariat leadership also approved promptly. They agreed with me that the NYSC in Plateau State which moniker is “Home of Peace and Tourism” ought to have a tourism-centric CD Group.

Before I set up – and presided over – the group, the star attraction was the FRSC (Federal Road Service Corps) CD Group.

That soon changed: almost every corps member in my batch wanted to join the Tourism CD Group. And, before you could finish saying Jos Plateau, we had overtaken the FRSC CD Group. Oh yes. I don’t know if that record has been beaten but my joy is that the Tourism CD Group still exists in the Plateau State NYSC – twenty-three years after.

I was then twenty-five years old, and I began to dream dreams of expeditions and more expeditions.

That became my first-ever wakaabout.

After my service year, I returned to Lagos but the thoughts of Jos lingered, so powerfully, and I began to imagine writing about the allures of that city which etched themselves on the walls of my heart. I wanted to return to talk to the beautiful people I had met, to find out all sorts of things from them, and the ones I hoped to meet later. I wanted to settle down there, learn the languages and dialects of the people and then become the city’s guide. Nothing else mattered.

So, after about 18 months in Lagos, working as Tourism Officer for an architectural firm with interests in tourism, I gathered my savings, packed my bags and returned to Jos. I stayed in one of the many affordable guest houses run by Plateau State’s missionary churches (COCIN/ ECWA, ERN, etc). My plan was to stay for six weeks, do all the field work I had drawn up for myself and fulfill my dream of becoming a tour guide and earning my keep. I ended up living there for sixteen months.

It was sixteen months of solo wakaabouts across Plateau State. I went everywhere, in and out of Jos – from Fobur to Qu’an Pan to Pankshin to Langtang. Anywhere I found an attraction I was interested in, I would discuss it with Mr Godwin Goyang – then Director of Tourism, Plateau State Ministry of Tourism, Arts and Culture – and we would plan the logistics. It was a match like none: I had the drive. He had the knowhow and knew almost everyone worth knowing.

Those trips opened the door of journalism to me, again through Mr Goyang’s connections. His cousin was then the editor at The Standard newspaper (owned by the Plateau State government), and he gave me a travel column in the paper’s Sunday edition called “Plateau Travelogue”, after he had published a couple of stories I had written about some of my trips.

Those trips also resulted in my first-ever guidebook, focused on Jos and its environs.

I returned to Lagos and took a job with Africa Today, published by Kayode Soyinka and headquartered in London. Working there gave me more wings and took my wakaabouts around Nigeria to a whole new level, one I had never imagined.

It’s been roughly 20 years since, and I have lost count of the number of my wakaabouts all around Nigeria, which have produced chapters for five travel books (and counting), hundreds of travel stories and reviews and many scripts for travel documentaries, including one on Badagry – where Nigeria’s first storey building is sited – one on Lagos’s Eyo Festival and one on the life work of Scottish Missionary, Mary Slessor.

Now, I am set for one that can be described as the “Ultimate Pelu Awofeso’s Wakaabout”.

You see, I had always wanted to visit Bonny Island/New Finima, where the Nigeria Liquefied Natural Gas (NLNG) has its trains, staff/guest residences, airstrip, boats’ jetties, a Nature Park and electricity is uninterrupted, the only place where that happens in Nigeria. (In the late 1920s, the NASCO Company had established a private 2MW hdyro plant at Kuru Falls for miners, and through that, Jos for a long time experienced uninterrupted power supply).

I had heard of the St Stephen’s Cathedral on the island where some of the relics of the legendary Bishop Ajayi Crowther’s evangelical mission on the Niger are said to be preserved.

But I never got a chance to visit through my own personal efforts. Bonny is not a place where you could just fly into or travel to by road. To travel to Bonny by air, you would have to be connected in a way to NLNG. And, by sea, although there are private jetties, the ones managed by the NLNG are considered safest. Thanks to the collaboration between NLNG and the Federal Government of Nigeria, through the construction of what is famously known as Bonny-Bodo Road, getting into Bonny would soon be much easier.

Anyhow, in January 2021, Goge Africa, run by the destination-promotion-business-tourism-coach couple (Isaac and Nneka Moses) contracted me as a scriptwriter for its documentaries on Bonny Island. They had an NLNG commission.

That is how my dream of being on Bonny Island became realised.

It was while visiting the St Stephen’s Cathedral and seeing the pulpit used by Bishop Crowther, his throne and the boat which he used during his evangelical mission in the 1860s that I had remembered that I had in fact visited many of the places linked to the Bishop but on different missions. These places included Badagry, Lokoja, Gbebe, Oyo, Ota, Onitsha, Opobo Kingdom, Okrika, Akwete, and even the Canterbury Cathedral in Kent, England.

I began then to think of an epic documentary on this remarkable man through the prism of his journeys to plant the seeds of Christianity across Nigeria and in the process also translating the Holy Bible from English into several Nigerian languages.

So, I designed an extensive travel – 8-10 weeks in 20+ locations across 12 states in Nigeria – with a six-person crew.

I had done many of my previous wakaabouts using my meagre resources. This time around, I will need lots and lots and lots of money, because this scope is huge, huge, huge. Kindly visit here – https://www.gofundme.com/f/in-the-footsteps-of-bishop-crowther? – and do the needful. For those of us in Nigeria, you can do it here – https://travu.ng/donate/ and donate conveniently and securely.

Yes, no amount is too small – or too big. While I count on your huge support, allow me to also thank The Journalism Clinic – where I am an associate faculty member – for this platform. I am truly blessed, aren’t I?

Let’s roll the show on the road.