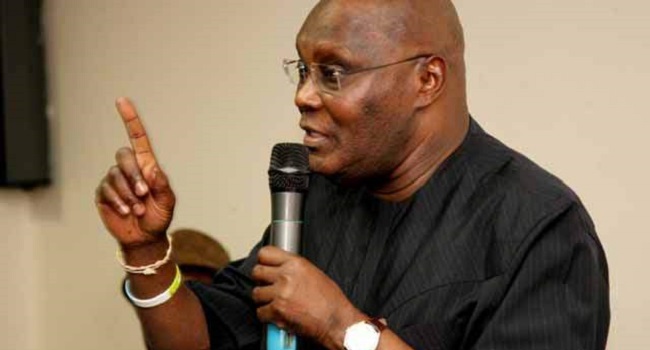 A spokesman to presidential candidate of the Peoples Democratic Party (PDP), Atiku Abubakar, Phrank Shuaibu, says President Muhammadu Buhari is not aware of anything happening in his government or the country.

Shuaibu was reacting to Vice-President Yemi Osinbajo’s claim that Buhari was not aware of the planned trial of the Chief Justice of Nigeria, Justice Walter Onnoghen, until the news broke on Saturday.

He also said Buhari was not aware when soldiers laid siege to the headquarters of Daily Trust two weeks ago.

Shuaibu said that it was the same way Buhari was not aware when dead persons were given federal appointments in 2017.

He said Buhari was also not aware when his Chief of Staff, Abba Kyari, was made a member of the board of the Nigerian National Petroleum Corporation (NNPC).

He said it was curiously coincidental that Denis Aghanya, whose petition has become the basis for Onnoghen’s prosecution, was a former aide to Buhari, the presidential candidate of the All Progressives Congress.

Shuaibu added, “This president has exhibited gross incompetence, ignorance, poverty of ideas and lack of innovation.

“This president doesn’t know anything. They may have mentioned the plot to him but he does not remember anything!

“He didn’t know who stole the budget in 2016. He never knew his Chief of Staff was on the board of the NNPC.

“President Buhari never knew dead people were on the list of board appointments he signed.

“He never knew Abdulrasheed Maina of the pension scam incident was reinstated into the civil service.

“Mr. President was not aware that soldiers stormed the premises of Daily Trust newspapers.

“What does this president know? In fact, I am so sure President Buhari is not aware he is contesting the February 16 election!”

Continuing, Shuaibu said, “The truth is that President Buhari never even intended to act as president for one day and this is one presidency that would be neither here nor there, everywhere and nowhere, visible yet ineffectual, present yet absentee in nature and action; all of which have lent further weight to the complaints of his wife that other people and not her husband are, indeed, in charge of Nigeria.”

He said the claims by Buhari’s wife, Aisha, that powerful men had hijacked her husband’s government had become self-evident.

Shuaibu said Osibanjo’s revelation had simply given Nigerians one more reason why they should vote for a government that is focused like the Peoples Democratic Party.

“A government which has been defined in the AtikuPlan to get Nigeria working again, will ensure that the interest, welfare, wellbeing and goodwill of all Nigerians will be at the centre of every action and decision of the leadership and not the interest and selfishness of two persons who have hijacked Nigeria for themselves at the expense and suffering of the rest of the people.

“The only politician now who has the capacity, capability, intelligence and experience to break this wicked hold of a few people on Nigeria is Alhaji Atiku Abubakar and the formidable pan-Nigerian coalition of seasoned and tested leaders, who are now poised to liberate Nigeria from the cabal and open up the country to growth and development which two people have prevented President Buhari from achieving in his four years as Nigeria’s President, according to his wife,” Shuaibu added.