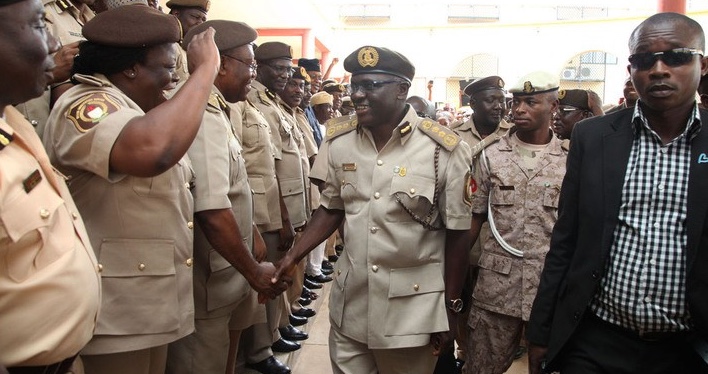 The Nigeria Immigration Service, NIS, Katsina State Command, has arrested three suspected human traffickers alongside their victims as they attempted crossing to Niger Republic on their way to Libya.

Speaking to journalists on the arrest, the NIS Comptroller for Katsina, Mr Olusola Ajisafe, said the command’s operatives apprehended the eight persons at Kongolam control post and Farin Gida patrol base, along Daura axis, Katsina, adding that the suspects intended to cross to Niger Republic and from there to Libya.

According to Ajisafe, investigation revealed that Okaeri who had been in Libya for the past nine years, is a frequent traveller between Nigeria, Niger Republic and Libya, adding that Okaeri represented a cartel based in Libya and Nigeria, which specialized in human trafficking.

Read also: My abductors collected over 5 million naira before setting me free-OAU lecturer

He further explained that Okaeri revealed to detectives that two of the rescued victims, Justina and Chinoso, were introduced to him by a Libya resident, who sponsored the ladies’ trip.

Ajisafe, who said most of the statements given by the suspects were contradictory, maintained that all five persons would be handed over to the National Agency for the Prohibition of Trafficking in Persons in Kano for further investigation, counseling, rehabilitation and prosecution as the case may be.

“No doubt, human trafficking and human smuggling have become a serious issue in Nigeria and the world in general.

“Even recently, the Federal Government returned many young Nigerians who were stranded in Libya and for this, the Nigeria Immigration Service under the leadership of Comptroller General Muhammad Babandede engaged in training and retraining of personnel on this issue, which is really improving the skills of our personnel”, Ajisafe said.