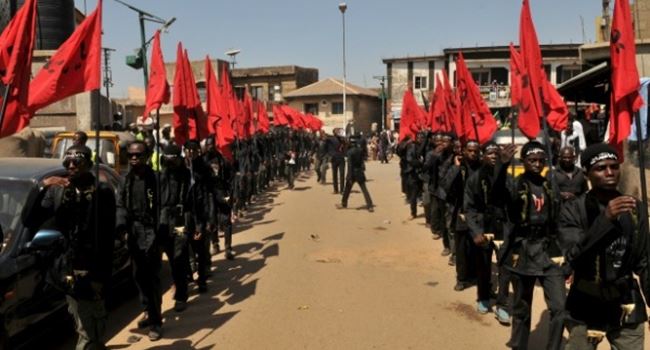 The Islamic Movement in Nigeria (IMN) on Wednesday accused the Federal Government of sharp practice over its cases in the court.

It said the FG had resorted to delay tactics in prosecuting its remaining cases involving its members including the one that had to do with the leader of the organization’s leader, Sheikh Ibraheem El’Zakzaky.

In a statement by the president of its media forum, Ibrahim Musa, IMN said, FG was deliberately frustrating its legal team led by Mr Femi Falana, SAN and Mr Maxwell Kyon.

The statement read: “Today, exactly a week ago the Kaduna State High Court presided by Justice Nyoms discharged and acquitted 9 members of the Islamic Movement in Nigeria arrested precisely three years ago while on their way to attend the Islamic religious rite of Ashura mourning in Kaduna.

“All the nine, including two women, stood trial in the Kaduna State High Court since September 2016. They were accused of being members of the Islamic Movement, unlawful assembly and intent to disturb the public among others.

“In his judgment, Justice Nyoms said the prosecution didn’t prove any of the charges against any of those standing trial.

“This recent favourable judgement adds to the number of landmark cases in which the government has failed to convict any member of the Islamic Movement for any crime in various courts across the country since the Zaria massacre of December 2015.

“So far, hundreds of members of the Islamic Movement in Nigeria have been discharged and acquitted for alleged crimes including that of culpable homicide among others after proper trials in courts.

“On 2nd July of 2015 the Sokoto Judicial Division – Court of Appeal – has discharged and acquitted 112 members of the Islamic Movement of any offence.

“On Tuesday 30/07/2018 Justice David Shiri Wyom at the Kaduna State High Court cleared over 80 Shiite supporters of the Islamic Movement of criminal charges linked to a violent protest in 2015. He ruled in favour of the defence’s no-case submission, saying that the state did not present enough evidence to go ahead with proceedings.

“This explains why the government has resorted to employing delay tactics in the prosecution of the remaining cases left in court including the one trying the leader of the Islamic Movement, Sheikh Ibraheem Zakzaky through deliberate attempts at frustrating the legal team of the Islamic Movement, led by Mr. Femi Falana, SAN and Mr. Maxwell Kyon, who have so far successfully defended and won all the cases against the government.

“We, therefore, call on the federal and state governments to withdraw the unfounded charges against our leader Sheikh Zakzaky (H) and others standing trial. They are toying with the lives of innocent citizens, which is an aberration in any democratic polity.”