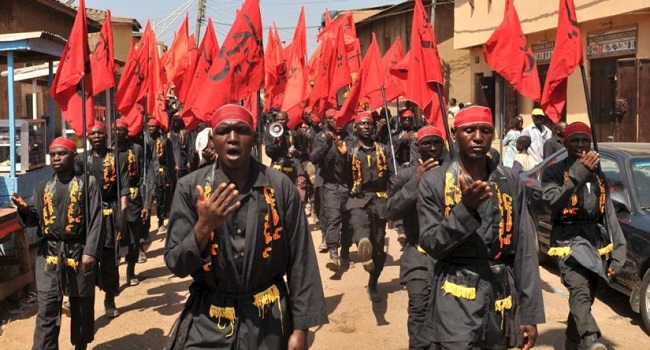 The Islamic Movement in Nigeria (IMN) has demanded the prosecution of the Nigerian Air Force personnel involved in the killing of two residents of the Mabera area of Sokoto State.

The President of IMN’s Media Forum, Ibrahim Musa, made the call in a statement on Tuesday, adding that the group, halso known as Shi’ites, were not happy with the development.

Musa said: “We wish to condemn this act of impunity and extrajudicial killing by the military and draw the attention of Nigerians in particular and the world at large to a dangerous trend.

“We call on the public to insist that justice should not only be done by prosecuting the officers involved, this dangerous act of anarchy and lawlessness perpetrated by the military must not be condoned.”

It would be recalled that Airmen, on October 20, allegedly shot dead two people in the community following a fight over a lady said to be a girlfriend of one of the military men.

A young student, Abdulsalam Lawan, and a mother of seven, Maryam Abdulrahman, lost their lives during the fight.