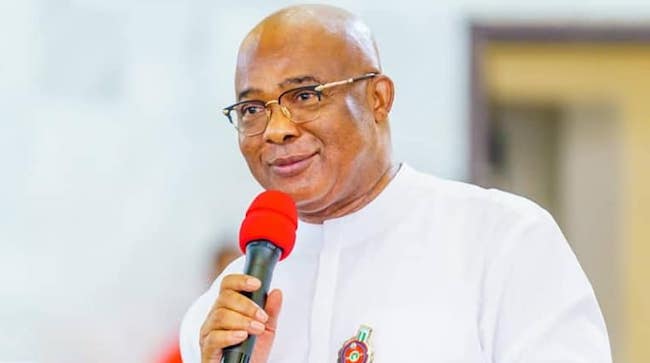 The Imo State Government has accused the PDP branch in the state and Emeka Ihedioha, a former deputy speaker of the House of Representatives, of “sponsoring” Ugochinyere Imo, the spokesperson for the Conference of United Political Parties (CUPP) in his attack on Hope Uzodinma, the governor of the state.

Declan Emelumba, the state’s commissioner for information and strategy, claimed during a news conference in Owerri on Friday that the accusation made against Uzodimma that the governor hacked into the INEC server to alter voter registration data was malicious.

Therefore, he urged security officers to detain the CUPP spokeswoman right away for making “false accusations against the state governor.”

According to the commissioner, a government investigation found that the PDP was responsible for the unrest in Orlu in order to delegitimize the state administration.

The successful hosting of President Muhammadu Buhari and the opening of Uzodimma-led projects in the state, he continued, had alarmed the opposition party.

“This is why we deem it necessary to call on the relevant security agencies to immediately arrest the said Ugochinyere to find out from him how he obtained the voters’ register he has been parading before the public even when the Independent National Electoral Commission is still at the stage of Automated Biometric Verification of the System, which must be concluded before an official voters register can be released to the public.

“Consecutively, it should be clear that the claim by Ugochinyere that there was fraudulent registration at Omuma, the ward of the Imo State Governor, Senator Hope Uzodimma, could have only come from a jaundiced and mischievous mindset.”

According to Opuruozor, the CUPP representative was not being sponsored by either the PDP or Ihedioha.

“We have the Director of DSS in Imo State, the commissioner of police, the Commander of 34 Artillery Brigade Command, Obinze, and none of them has accused opposition members of being behind insecurity in Imo State.

“But let me say it that any attempt to clampdown on opposition will be counterproductive,” he said.