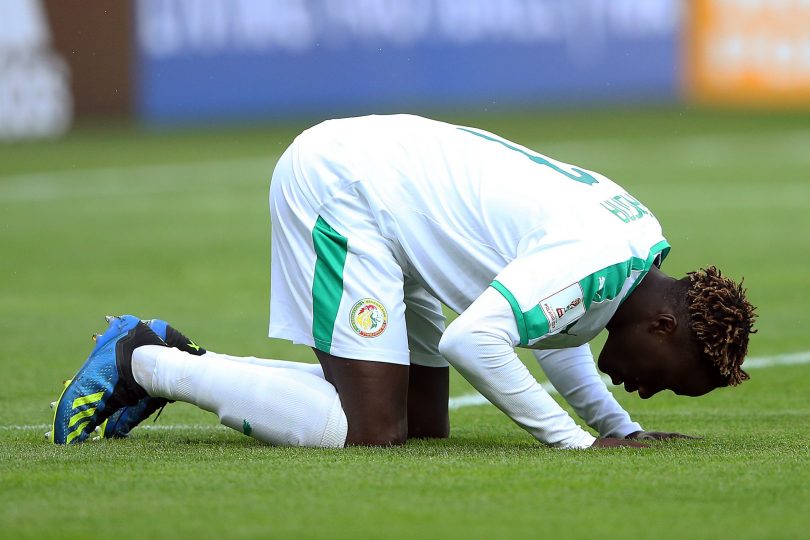 Senegal kicked off their FIFA U-20 World Cup campaign with a big win over Tahiti, and forward Amadou Sagna broke a world record with his goal.

It took only 9.6 seconds for Sagna to score the first goal of the competition in their cruising victory.

His goal is now the fastest goal in the history of the youth tournament as it broke Nigeria’s Monday Odiaka’s record when he found the net in just 14 seconds against Canada in 1985.

The 🇸🇳 Senegal forward's goal v Tahiti clocked in at 9.6 seconds, surpassing Monday Odiaka who scored in 14 seconds in 1985 ⏱

What a start to Poland 2019 🇵🇱 pic.twitter.com/0jtwu3zNt0

Senegal, now atop Group A, sailed ahead of Tahiti and never looked back, winning 3-0 at Lublin Stadium.

The Young Lions of Teranga were on their game from the off, with Sagna putting them 2-0 up within the first 30 minutes.

The 19-year old completed his hat-trick when he scored one final time in the 50th minute to secure all three points and a perfect start for Senegal at Poland 2019.

Senegal will next face Colombia on 26 May, while Tahiti take on Poland that same day.