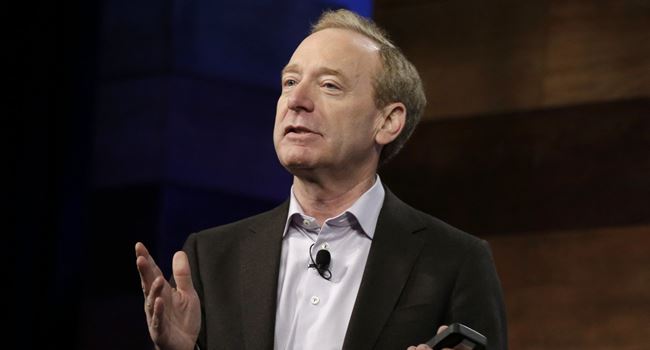 US tech major Microsoft is unhappy with US president Donald Trump’s push against China’s Huawei, claiming that such unfair and “un-American” treatment may hit indigenous companies hard, and Microsoft itself will not be spared.

The tech giant’s President, Brad Smith has serious doubts over the grounds on which Huawei was added to the US infamous ‘Entity List’ effectively banning American companies from doing business with the Chinese behemoth.

In an interview with Bloomberg Businessweek, Smith stated that his company wants the Trump administration to shed more light on the matter to check if the move was not taken without “sound basis in fact, logic, and the rule of law”.

US regulators have failed to give any plausible explanation as they simply claim to know much more than they reveal to the businessmen, according to the Microsoft official.

He argued that the government must open up, so firms could decide for themselves.

“To tell a tech company that it can sell products, but not buy an operating system or chips, is like telling a hotel company that it can open its doors, but not put beds in its hotel rooms or food in its restaurant. Either way, you put the survival of that company at risk,” the Microsoft president explained.

The US Silicon Valley major not only fears losing a key client, as Huawei buys Microsoft software for its laptops, but also to lose its grip on the global technology market if the US proceeds with restrictions.

XENOPHOBIA: After bashing, Ezekwesili leads Nigerians in S’Africa to demand apology from Ramaphosa

‘The Bible and Quran don’t belong to any political party,’ Sultan admonishes Nigerians