#IndependenceDay... No past govt has done as much as we are doing –Buhari | Ripples Nigeria 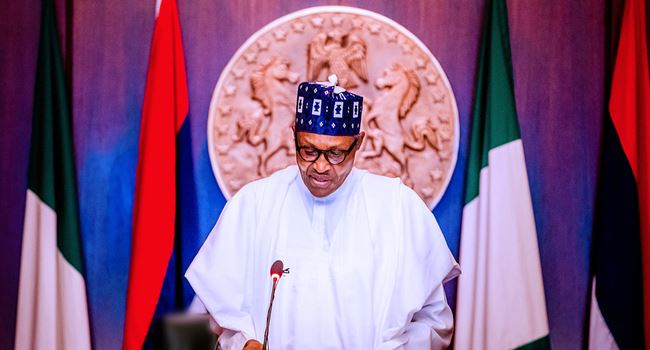 President Muhamamdu Buhari has stated that no administration in the nation’s history has done as much as his administration is presently doing, given the resources at hand.

The President stated this in his October 1 nationwide broadcast on Thursday to mark the nation’s 60th Independence anniversary.

He said his administration had surpassed it’s predecessors in terms of achievements, even with scarce resources.

“No government in the past did what we are doing with such scarce resources. We have managed to keep things going in spite of the disproportionate spending on security. Those in the previous governments from 1999 – 2015 who presided over the near destruction of the country have now the impudence to attempt to criticize our efforts.”

The President said that in the last three years, his administration had introduced unprecedented measures in support of the economy and to the weakest members of society in the shape of Tradermoni, Farmermoni, School Feeding Programme, Job creation efforts and agricultural intervention programmes.

Earlier in his broadcast, Buhari noted that “60 years of nationhood provides an opportunity to ask ourselves questions on the extent to which we have sustained the aspirations of our founding fathers. Where did we do the right things? Are we on course? If not where did we stray and how can we remedy and retrace our steps?”

He said, “Upon attaining independence, Nigeria’s growth trajectory was anchored on policies and programmes that positively impacted on all sectors of the economy. However, this journey was cut short by the 30-months of civil war.

“We came out of the civil war with a focus on reconstruction, rehabilitation and reconciliation that enabled the country to put in place world class development structures and a strengthened public service that well served the government. This positive trajectory continued with a return to democratic government which was truncated by another round of military rule.

“For a cumulative 29 of our 60 years existence as a nation, we have been under military rule.

“My summary of our journey so far as a nation is necessary to appropriately chart where we need to go and how to get there TOGETHER.”